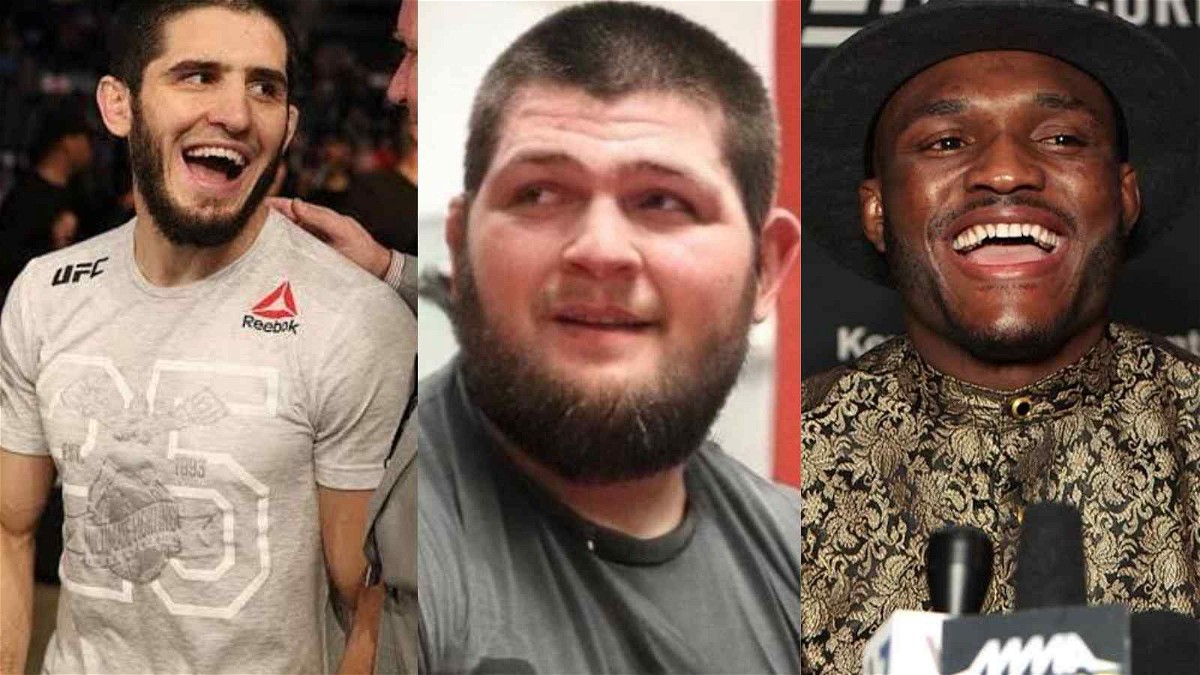 Islam Makhachev won his tenth consecutive fight inside the octagon to tie the record with current featherweight and lightweight champions for the longest active win streak in the UFC. He defeated Bobby at UFC Vegas 49 via a first-round TKO. All of these would not have been possible without his coach Khabib Nurmagomedov.

Needless to say, Khabib’s name has always been connected to Islam’s. Both are childhood friends coached by the same man Abdulmanap Nurmagomedov (Khabib’s father). The history of their friendship goes way back. So, it is obvious for people to ask Islam questions about Khabib.

Considering Khabib left his career at the top, the question, of him returning to the sport he once conquered always emerges. Be it about his coaching skills, training videos, or him taking down current fighters while practicing, netizens always love to hear some buzz about the “eagle”.

Khabib Nurmagomedov might return to fight in the welterweight division? Islam Makhachev reveals:

Recently, Islam was having a chat on ESPN with Kamaru Usman. Usman questioned the obvious: “A lot has been made of you being the second coming of Khabib Nurmagomedov. While Khabib was doing training, he was top dog. But, Khabib is no longer fighting. So, how do the practices look now?”

Replying to this, Islam responded in a funny way saying: “Now I can not practice(with Khabib). Maybe you(Usman). Now you are in the same weight division.”

Just when Islam suggested to Usman that rather he should start training with Khabib, Kamaru replied: “no no no no.” But, Islam again replied: “you have to care about it brother. Maybe he’s gonna come back and he’s not gonna be 155. He will fight at 170 for sure.”

Khabib Nurmagomedov has certainly put on some weight after his retirement. But, Kamaru Usman believes if Khabib returns, he won’t even make the weights for the welterweight division. Rather he would fight in light heavyweight. “No he will fight light heavyweight,” said Usman jokingly.

Coach Javier Mendez recently shed light on the skills of “heavier” Khabib. While talking to submission radio Mendez revealed: “He’s heavier though but he’s killing everybody more dominant than when he was lighter.”

Though Khabib has no interest in returning to combat sports. It will be interesting to see Khabib fighting in the lightweight division. What do you think? Can Khabib dominate the light heavyweight or welterweight fighters despite the difference in their size, height, and reach? Do let us know in the comment section.