Tony Ferguson will make his much-awaited return inside the octagon this weekend as he takes on Michael Chandler in a three-round fight on the main card of UFC 274. It is needless to say that fight fans around the world are highly looking forward to this matchup as these two lightweights are highly entertaining.

However, both these fighters are going through a rough patch in the promotion currently. With that being said, El Cucuy who is on the back of three back to back losses will look to rising through the ranks by getting a win under his column. Leading into this fight, Ferguson has made some serious allegations in the UFC 274 media interview.

The former interim lightweight champion revealed that he should have sued UFC for unfair treatment after his accident in 2018. He also made demands like an insurance for fighters and several other things in this interview. Following this statement by Tony, Conor McGregor who is his rival jumped into the support of the UFC.

The Notorious slammed El Cucuy for constantly changing his management and blamed him for his downfall on Twitter.

Tony Ferguson, who changes representation around 4 times a year, is saying it’s someone else fault he is in the position he is in. How many bridges do you burn before you look yourself in the mirror and say “maybe it’s me that’s the issue”
God bless you pal, I’ll say a prayer.

“Tony Ferguson, who changes representation around 4 times a year, is saying it’s someone else fault he is in the position he is in. How many bridges do you burn before you look yourself in the mirror and say “maybe it’s me that’s the issue. God bless you, pal, I’ll say a prayer.”

The rivalry between Tony Ferguson and Conor McGregor

It wasn’t a big surprise to see Conor McGregor launch an attack on Tony Ferguson for his allegations against the UFC. Owing to the fact that these two lightweights have been trading verbal barbs for a long time now. 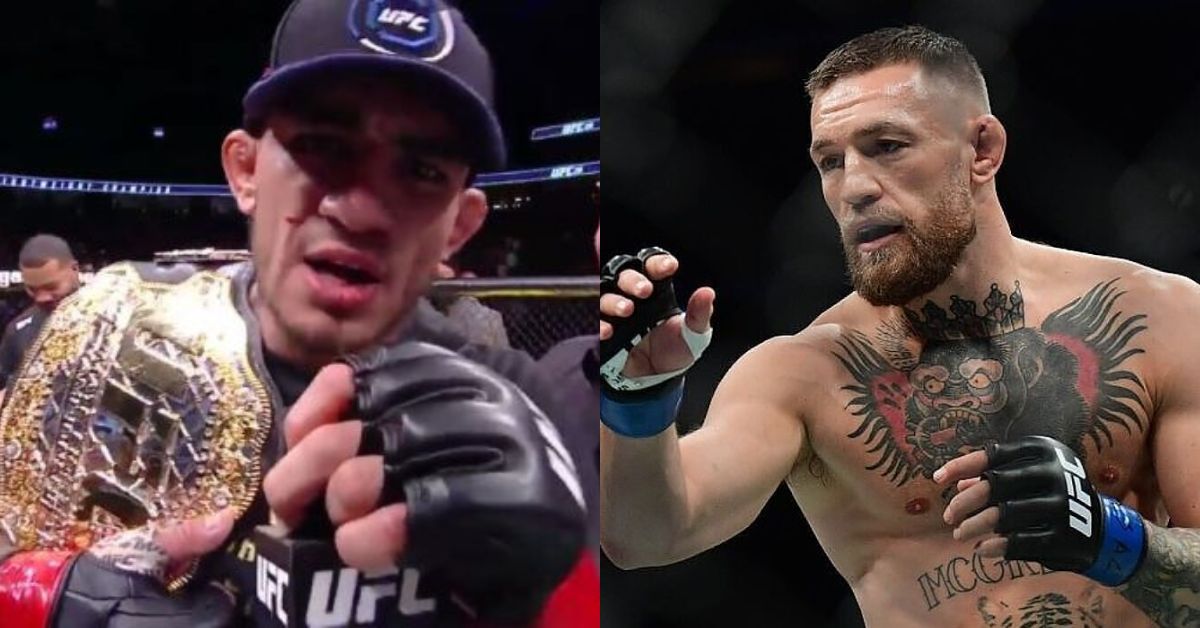 Their rivalry started first after El Cucuy called out The Notorious after winning the interim lightweight title at UFC 216 in 2018. Ever since that callout, these two have never failed to target each other on social media with Ferguson calling McGregor out on numerous occasions.

Unfortunately, this dream matchup never became a reality to the despair of fight fans around the world. However, we could see this fight happening soon considering the current form of both Tony and Conor. But El Cucuy would first need to handle his business against Michael Chandler at UFC 274 before having any hopes of facing McGregor.