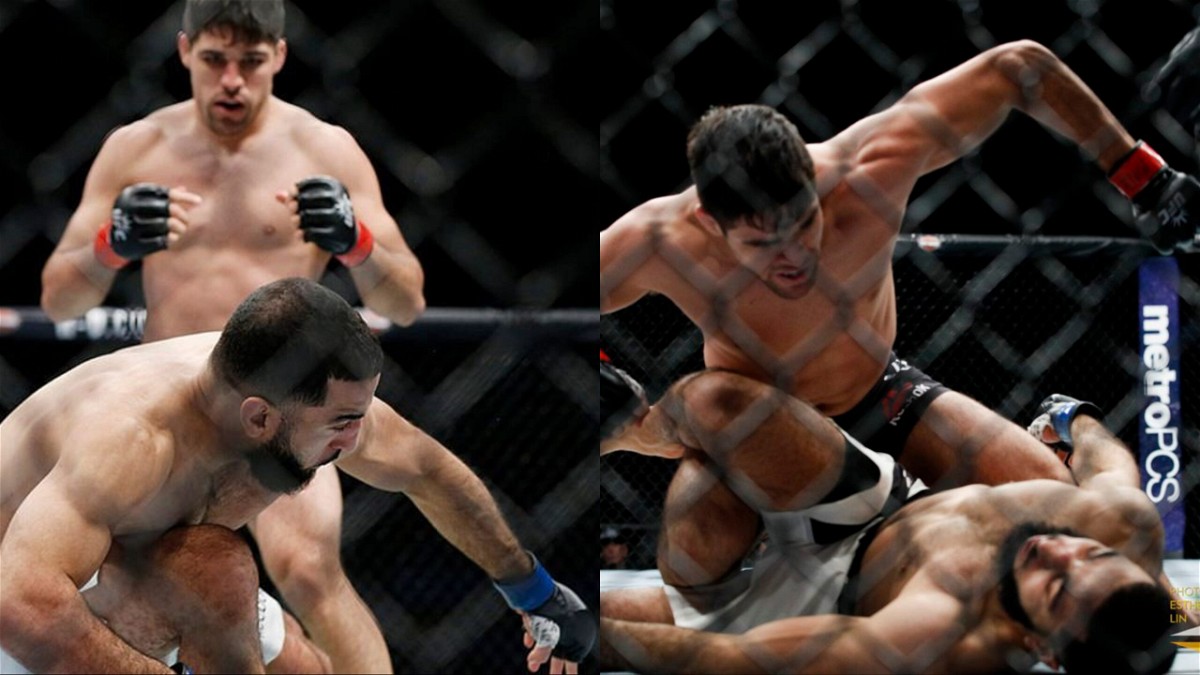 This weekend on April 16, Vicente Luque is scheduled to fight Belal Muhammad in the main event of a UFC Night Night. Both fighters are currently ranked in the upper tier of the welterweight division and winning here will propel them very close to a title shot.

The fight is a rematch that is 6 years in the making. They first crossed paths in 2016 as they were matched up against each other during the early days of their UFC career. While it was Luque’s 5th fight in the promotion, Muhammad accepted the contest as his 3rd bout in the UFC.

The relative newbies fought at the biggest stage possible. UFC 205 is fondly remembered as the event, which led the way for the company to hold events in the state of New York. It also featured the fight between Conor McGregor and Eddie Alvarez for the lightweight championship.

At the time, Conor McGregor was coming off a huge victory over Nate Diaz at UFC 202. He was also the featherweight champion who wanted to create history by holding two belts at different weight classes at the same time. Hence, fighting on a card of that magnitude was the chance of a lifetime.

Vicente Luque made full use of that and knocked Muhammad out in the first round itself to extend his win streak to 4 fights in a row. The 33-year old fought recklessly and he was dropped by a nasty right hand that landed right on the button and Luque finished him off with vicious ground and pound. But it did not derail Belal’s career as he rebounded and won 10 of his last 12 fights.

The Bully recently spoke on how hard it was to take the loss. Muhammad was undefeated before joining the UFC. Hence, losing 2 of his 3 fights in the UFC made him doubt his abilities. But now he thinks of the fight as the turning point in his career.

In a recent interview with Brett Okamoto of ESPN, the 33-year old spoke on how the fight changed his perspective. He called it a blessing to be part of UFC 205 as it gave him the expression of what it is like to be in events that are larger than life. He said,

“You get there, it’s bigger than you thought it was. Cause, I think that was probably the biggest card in the UFC. The whole McGregor card, you’re seeing all these big names on the card. I didn’t have any card like that so far with all those big names yet,”

‘”So it’s a different experience, different level of intensity and then fighting in the garden, you know. You always hear about it. You see Muhammad Ali has fought there. All the greats fought there. So it’s just a different nervousness. And it was crazy, it was a cool experience. The lead-up, the walkout, everything like that. Obviously, the result wasn’t what I wanted. But in the end, it’s like, it teaches me to live in the moment more.”

The rematch promises to be an exhilarating contest between two fighters who have both matured over the years. Although the match-up may favour Luque more, the result may go either way as Belal Muhammad is better than ever. The fans can expect a very tactical fight on Saturday which will probably go the distance.