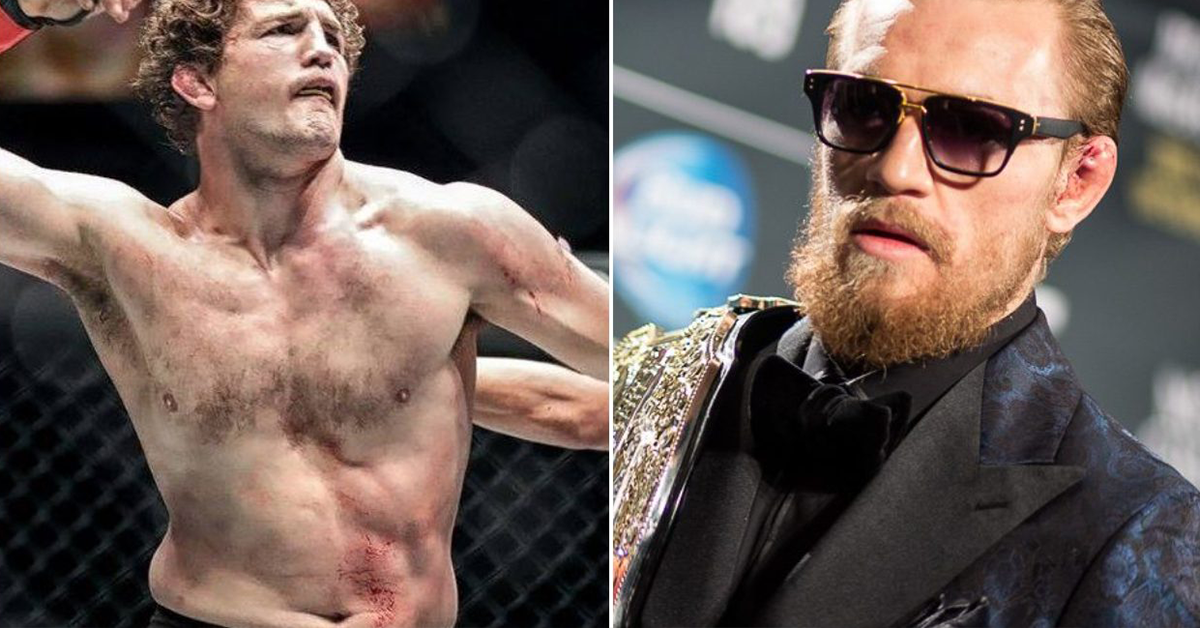 Soon after Conor McGregor put out his GOAT list, it took the social media by storm. Many fighters came out with their opinions and suggestions on who might well be the greatest mixed martial artist of all time.

Joining in that list former Bellator and One Championship welterweight champion Ben Askren. Askren took to social media and released a list of seven fighters who he believes makes it to the MMA GOAT discussion.

Ben Askren also revealed the reason why MMA legend Fedor Emelianenko and Prodigy BJ Penn didn’t make it to the list, and rightfully so. However, fans were left wondering at Askren’s exclusion of Conor McGregor.

“Conor never defended either of his belts and loss to Nate Diaz takes him out of conversation,” Askren remarked.

Earlier at DC and Helwani show, Daniel Cormier had said that McGregor makes it to his list because of his achievements inside the UFC octagon. However, Askren’s take on McGregor seems to have a point.

Also Read: “There’s a skinny boy coming in there to whoop his ass” Israel Adesanya looking to prove himself against Paulo Costa

Conor McGregor lost to Nate Diaz at UFC 296 via submission in the second round, and picked up a controversial majority decision victory in the rematch. Additionally, McGregor has never defended his championship belt. Soon after beating Jose Aldo for the featehrweight championship, McGregor next faced Nate Diaz at welterweight. Following the victory in the rematch, UFC stripped McGregor of the featherweight title when he beat Eddie Alvarez at UFC 206 for the UFC lightweight championship. McGregor would then go on to pursue the big Money Fight against Floyd Mayweather. Conor McGregor also lost to Khabib Nurmagomedov in his octagon return at UFC 229, via submission in the fourth round.

It’s hard not to agree with Ben Askren, however, it’s almost impossible to deny McGregor’s achievements inside the octagon. Do you think Conor McGregor makes it to your list of MMA GOAT?

Do let us know in the comments section.