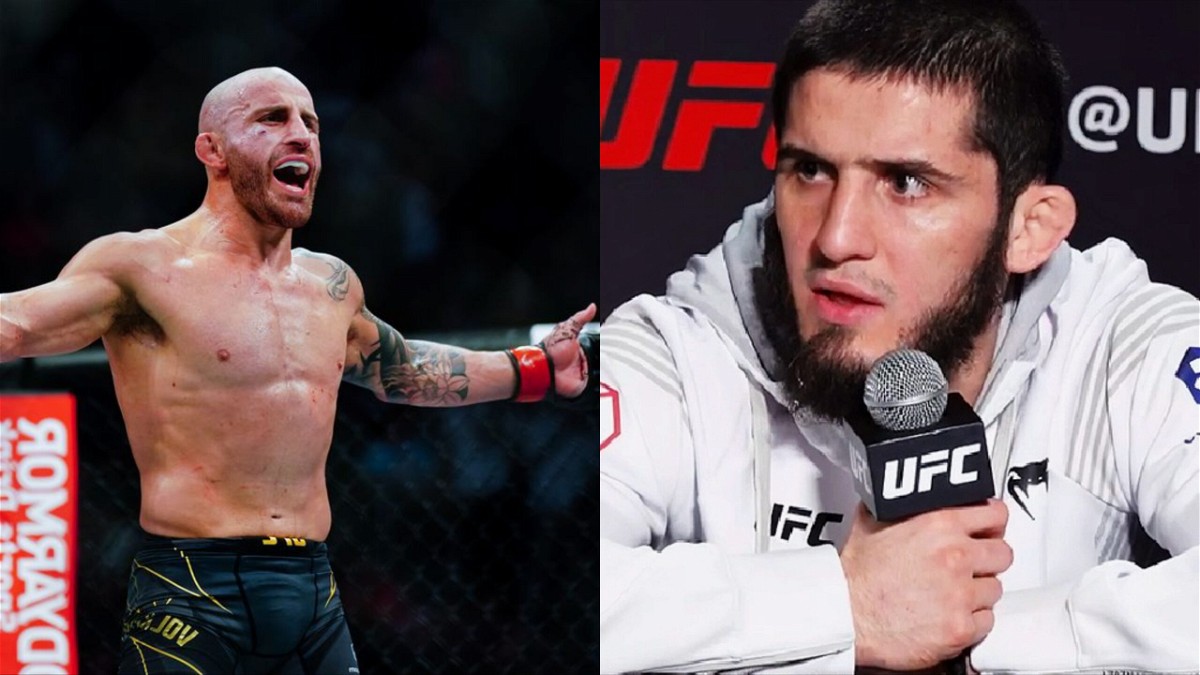 Alexander Volkanovski is looking to move up in weight class to become a double champ after his title defence against ‘The Korean Zombie,’ Chan Sung Jung. However, it does not amuse Islam Makhachev who is aiming for a lightweight championship fight himself.

The 145lbs is currently on an 11 fight win streak in the UFC. With victories over the likes of Max Holloway, Jose Aldo and Brian Ortega, Alex has beaten all the contenders and challengers in the division so far. Now, he wants new challenges.

After UFC 273, Alexander Volkanovski had an interview with ESPN where he claimed that he has earned a shot at the 155lbs title. The 33-year old wants to go after big fights from now onwards. Volkanovski said,

“I want to be active, I’ll move up, I’ll work my options because I’m not holding anyone up and I’m doing my part. So if people don’t want to do their part, let’s have fun, let’s have these money fights, let’s have these double-champ status [fights].”

Islam Makhachev has been waiting for his chance to fight for the 155lbs championship for a while now. Hence, he is not welcoming Alexander Volkanovski’s demand for the title shot next. Taking to Twitter, Makhachev added that Volkanovski should focus on his division instead of thinking about lightweight. He wrote,

Hold your horses cowboy., you have division full of young sharks, more than enough to stay busy.
LW title fight is mine???? https://t.co/425FhY795S

The Khabib Nurmagomedov protégé currently coming off a win against Bobby Green. There were rumours of him fighting Rafael Dos Anjos. However, the 31-year old apparently turned the offer down and did not please Dana White. The UFC president stated that Makhachev will not be the one to fight for the belt next.

In an interview with Barstool Sports, he said, “Since he turned down this fight, we’re going to remake the Dariush fight. We’ll get that fight going. Dying to see that fight. If he gets through Dariush. Very interesting.”

The lightweight champion Charles Oliveira is all set to defend his title next month against Justin Gaethje. With Conor McGregor looming large above the division and now Volkanovski throwing his name in the hat, Makhachev may have to wait even longer for the title shot. He will most likely face Beneil Dariush next.

Can Bronny James Realistically Make It to the NBA?