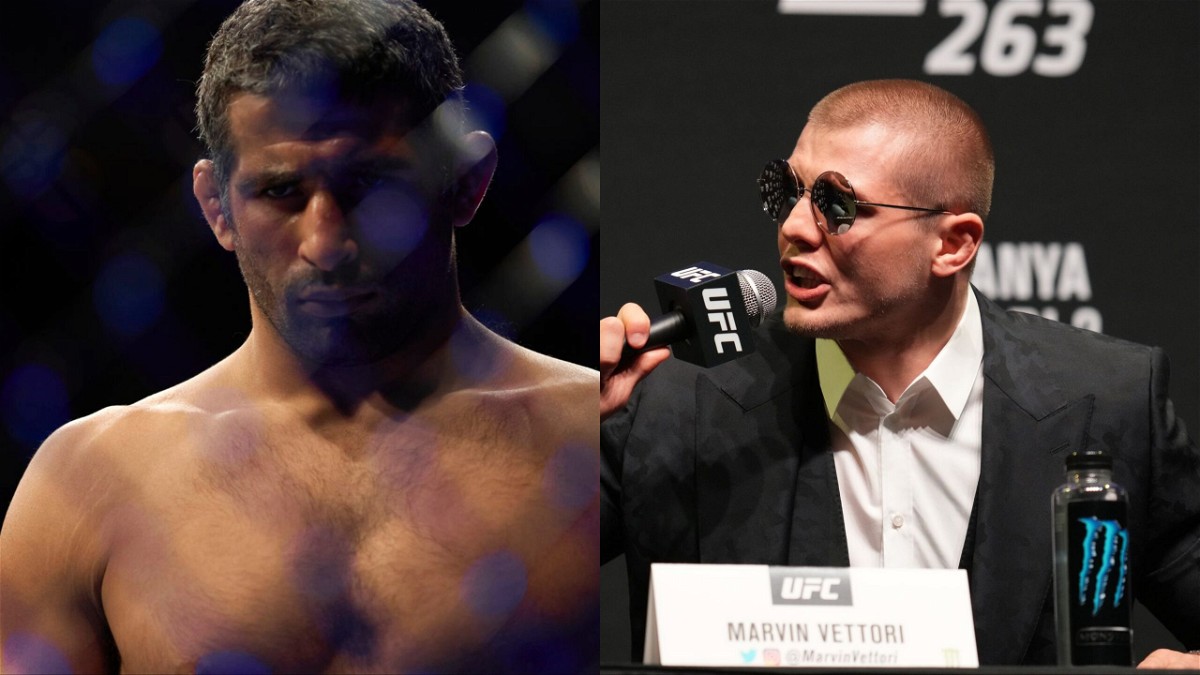 Marvin Vettori has defended Beneil Dariush, who is out of his fights against Islam Makhachev. He pulled out of the fight due to a leg injury. Although the extent of the injury is not public as of now, Dariush will reportedly be replaced by Bobby Green. Green is fresh off a victory against Nasrat Haqparast at UFC 271.

The decision to withdraw from the fight has been met with a lot of unfair criticism from the fans. However, according to Marvin Vettori, Beneil was desperately wanted to go through with the fight. But the injury did not allow the 32-year old to fight on February 26. Vettori wrote,

“For everybody talking sh*t, bennys leg has a serious injury, there wasn’t anything he wanted more than this fight. 20 ufc fights, fought pretty much everyone, one of the most active in the roster. Wash your mouth whenever you talk about him.”

Marvin Vettori and Beneil Dariush are teammates from Kings MMA. Hence, it was natural for the Italian native to come out and stand up for his teammate. The fight would have been a milestone for Beneil’s career as it would have been his first main event in his entire UFC career. It seems as if the Iranian fighter will have to wait a bit longer to achieve that feat.

What is next for Beneil Dariush?

Currently, there is no clear timeline for Beniel Dariush’s return. He still holds the position of no. 3 position in the lightweight rankings. If Islam does manage to get past Green, he will overtake Dariush. There’s a high chance of Makhachev fighting for the title next with a win. However, the Dagestani did wish Dariush a speedy recovery and stated their paths will cross again in future.

Beneil will most likely retain his spot in the top 5 of the division. Hence, he might just be two fights away from challenging for the belt himself. Although Dustin Poirier is ranked ahead of him, Poirier is currently in talks to fight Nate Diaz. Other than Dustin, Dariush may also find himself facing Michael Chandler on his return fight. The likes of Rafael Dos Anjos and Gregor Gillespie are also in the line for their chance at entering the top 5. A rematch with Tony Ferguson is also in the play for his comeback fight.