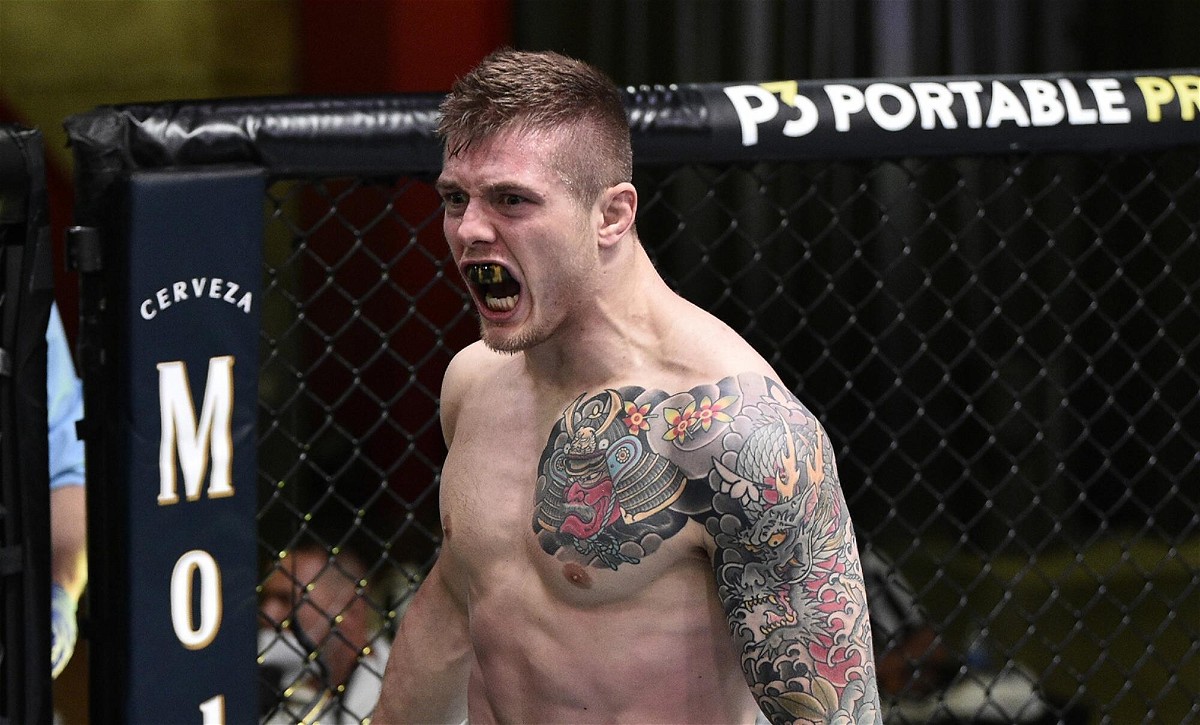 Marvin Vettori will take on Paulo Costa in the main event of UFC Vegas 41. The middleweight bout will take place inside UFC APEX in Las Vegas, Nevada on October 24th.

The Italian will be looking forward to getting back to winning days after his last fight with the champ Israel Adesanya ended in a loss. Vettori lost his first chance to get his hands on the middleweight championship belt. But, a win against Costa can help him again to fight for the title. Despite his loss in his last fight, there is no doubt that Vettori is one of the best middleweights in UFC. As he has defeated several tough opponents throughout his UFC career.

Other than training for the fight and showing good performance, choosing an impactful walkout song is also just as important as it sets off a fighter before any bout. Hopefully, Vettori is well aware of the fact and never disappoints the fight fans with his walkout songs. Here are some of the walkout songs of the fighter.

Falling Away From Me

Vettori used the song ‘ Falling Away From Me’ by Korn in his UFC debut fight against Alberto Emiliano Pereira in 2016. Vettori impressed everyone in his first UFC fight by defeating Pereira via guillotine choke in round one.

Down With The Sickness

The Italian’s fourth fight in UFC was against Omari Akhmedov at UFC 219 in 2017. Vettori walked out to the ring with the song ‘ Down With The Sickness ‘ by Disturbed and was all set to get a win over his opponent. The fight went back and forth and finally was ended in a majority draw.

In his first UFC main event fight, Vettori used the song Victory by Puff Daddy & The Family(feat. The Notorious B.I.G & Busty Rhymes). Vettori went against Hermansson and won the fight via unanimous decision. Vettori also earned a bonus for the Fight of Night award.

Vettori made his customized walkout song named according to his nickname ‘ The Italian Dream’ for his against Kevin Holland last year. The fight was originally set between Vettori and Dareen Till but due to some injury, Till pulled out from the fight. Kevin Holland stepped in to fight Vettori on short notice but the Italian managed to win the fight via a unanimous decision.

The Ecstasy of Gold – L’Estasi Dell’oro

After an impressive six-fight win streak, Vettori got his first-ever title shot for the UFC Middleweight Championship earlier this year. For his walkout in the fight against Israel Adesanya, Vettori used the classic song The Ecstasy of Gold by Ennio Morricone. Despite his great run, Vettori failed to capitalize on his chance to get the middleweight title as ‘ The Last Stylebender’ won the fight via a unanimous decision.