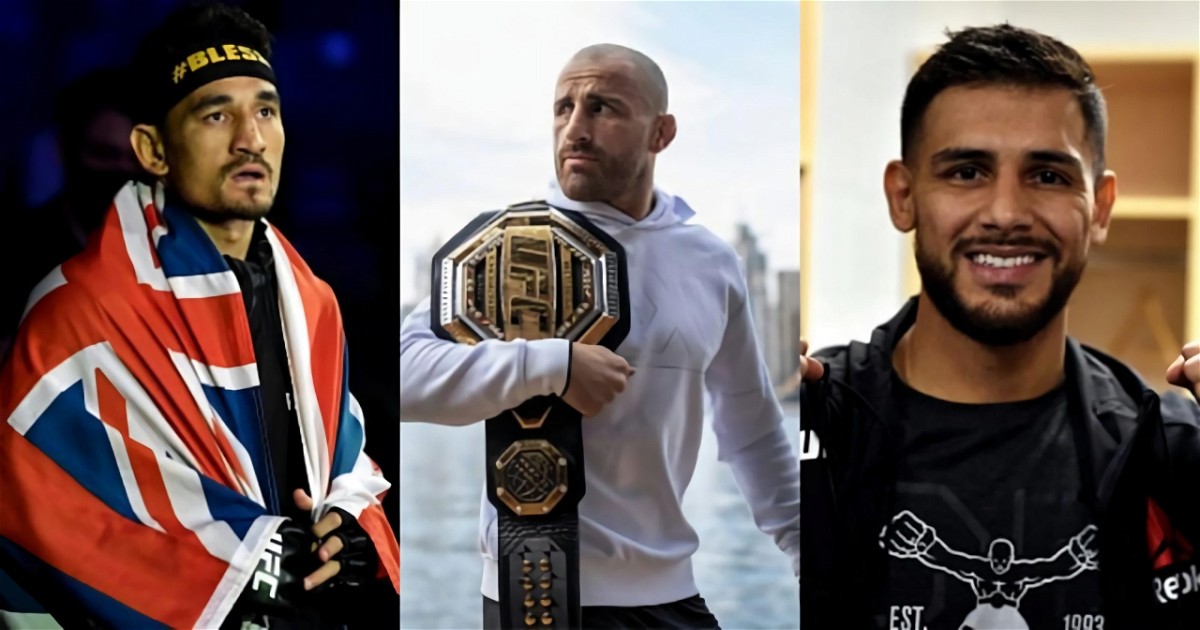 UFC featherweight champion Alexander Volkanovski came out on top in a five-round war against Brian Ortega at UFC 266. Following his brilliant victory, The Great weighed in on a future trilogy fight against Max Holloway. During the post-fight press conference, the Australian fighter gave his thoughts on the matchup between Max Holloway and Yair Rodriguez.

According to Volkanovski, the winner of that fight will become the number one contender for the UFC featherweight title. He expects Holloway to defeat Yair Rodriguez easily and end up facing him in a trilogy fight.

“How do I think that fight’s going to go? Yair Rodriguez, he’s a great fighter. Stylistically, I think Max is a nightmare for him. I’m expecting Max to go out there and do his thing and we’re going to be rerunning that trilogy and Dana’s gonna pay us good money for it.”

Alexander Volkanovski also commented on whether Max Holloway needed to take this fight against Yair in order to get a title shot. “Max, I guarantee you he doesn’t have to take this fight. And he’s still going to go take it. He wants that number one spot. He wants to earn it. It shows you what type of guy he is. How can you not respect that.”

Why will a Trilogy Fight between Alexander Volkanovski and Max Holloway be exciting?

Following his insane win over Brian Ortega, Alexander Volkanovski has certainly certified his place as one of the greatest featherweight fighters in the history of the sport. Other fighter who can be put under same bracket as Volkanovski is the former featherweight champion Max Holloway.

Over the years, The Blessed has defeated several great fighters and has defended his belt on numerous occasions. Therefore if Holloway wins his fight at UFC Fight Night against Yair Rodriguez in November then it will set up a trilogy fight with the current champion Alexander Volkanovski.

Despite The Great having an upper hand with two wins over the Blessed, fight fans will be highly excited to watch this trilogy fight because both fighters are world-class and anything could happen during their contest. Moreover, another reason of the excitement of fans is that their second fight was extremely competitive with Volkanovski barely edging the fight via split decision.

So If this trilogy fight takes place then fans can expect a brutal war of five rounds between these two elite fighters. However, it is too early to make assumptions because it would be unfair to rule out Yair Rodriguez against Holloway as he could become the future number, one contender, for the belt.