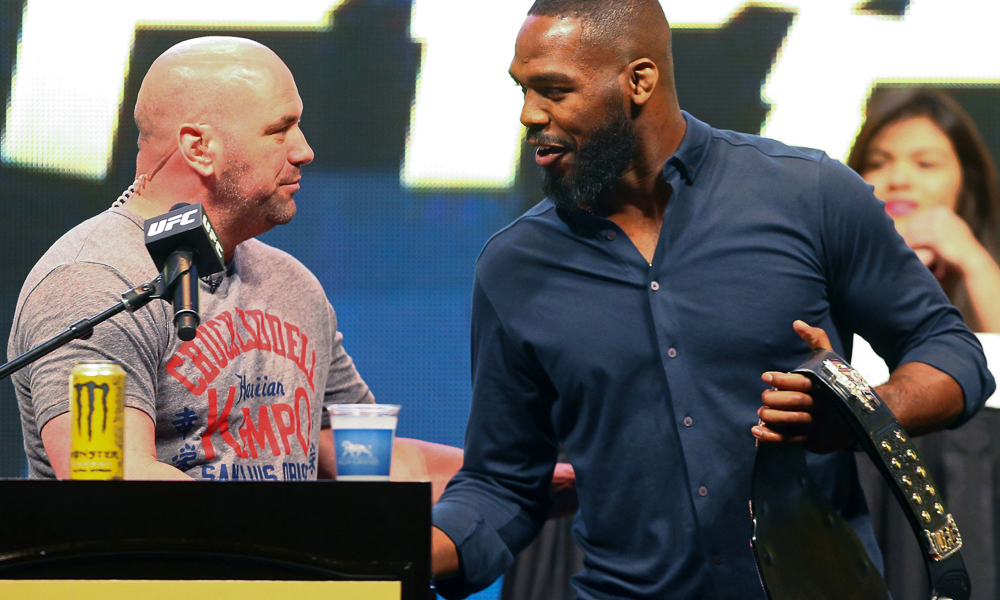 Heading into the UFC 270 fight week, Dana White, President of the UFC expresses his thoughts on Jon Jones’s future. The former Light Heavyweight Champion of the UFC has worked to move up a weight class and compete in the heavyweight division. Jones, has managed to stun everyone with his incredible body transformation, looking all jacked and ready. He is definitely more than ready to watch the Heavyweight title contest this weekend eyeing to fight for the title in the future.

The MMA fans and the fight pundits are expecting to watch Jones’s compete for the belt against the winner of Francis Ngannou vs Ciryl Gane fight. However,  Dana White does not completely disregard this statement, but he does not guarantee it either. He says Jones’s future in the division is unpredictable.

Dana White adds ” I think Jon’s going to watch this fight, and he’ll decide. Maybe he doesn’t fight at heavyweight. Maybe he goes back and tries to regain the light heavyweight championship. I honestly don’t know the answer to that question. After everything plays out on Saturday – there’s just so much going into this fight – it’s all part of the drama, though. It’s what makes this weekend so fun.”

However, the UFC president is confident when he says he expects Jon Jones to watch the fight at home. His presence at the event would definitely spice the atmosphere up. The event is already hosts one of the most exciting fights between the two heavyweights Francis Ngannou and Ciryl Gane owing to the history that they have. “It’d be great for Jon to be here, but I think Jon would probably be better off at home,” White further adds, “Jon should watch this one at home.”

Dana White says that the heavyweight title bout is a very exciting fight with all the hype and the build up. Talking about the  interim champ, Gane, he says ” he has that style, where he sits on the outside and he picks you apart. He finds your weaknesses and stands up immediatly”.

White thinks the universe got Ngannou and him together when they coincidently met at a restaurant. They had a respectful conversation with each other, which according to white, was needed to happen. Ngannou is fighting his last contract fight for the UFC under his current contract. What do you think about the Heavyweight champ’s futre in the UFC?