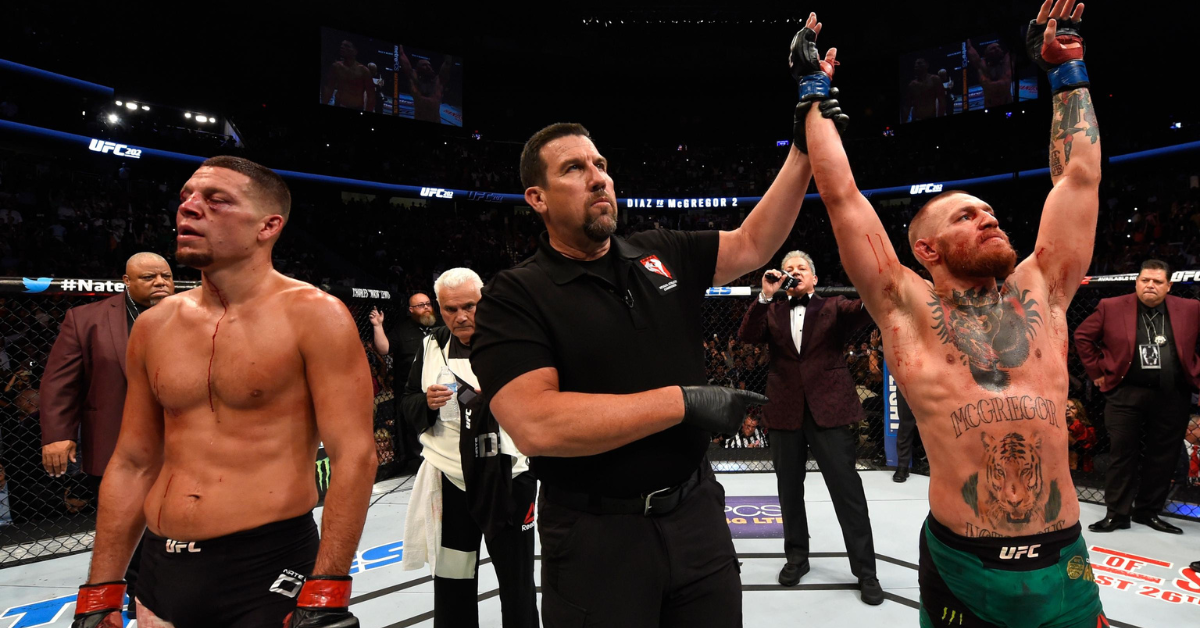 Nate Diaz upset Conor McGregor at UFC 196 with a rear-naked choke in the second round of the fight. Both the fighters made quick turnarounds and faced each other at UFC 202. It was an important fight for McGregor, who faced a lot of criticism after his first loss. However, McGregor came stronger in the rematch and won the fight via majority decision.

Conor McGregor has hinted at a trilogy bout with Nate Diaz several times in the past. Nate Diaz has also shown agreement for the fight but has never really been vocal about it ever since returning to the octagon at UFC 241. On a post on Instagram, McGregor looked back at his victory at UFC 202 and hinted at a potential return to MMA.

McGregor captioned, 4 years ago today!
Backstage waiting to go out for one of the biggest bouts of my fighting life! McGregor/Diaz II ???? Wow! Maybe there is more…”

Conor McGregor will go down as one of the greatest mixed martial artists of all time. With notable victories over Dustin Poirier, Max Holloway, Eddie Alvarez, Jose Aldo, Chad Mendes, and Donald Cerrone, he has already cemented his position as one of greatest of all time. McGregor has teased a trilogy bout with Nate Diaz several times in the past, so it’s hard to take him seriously.