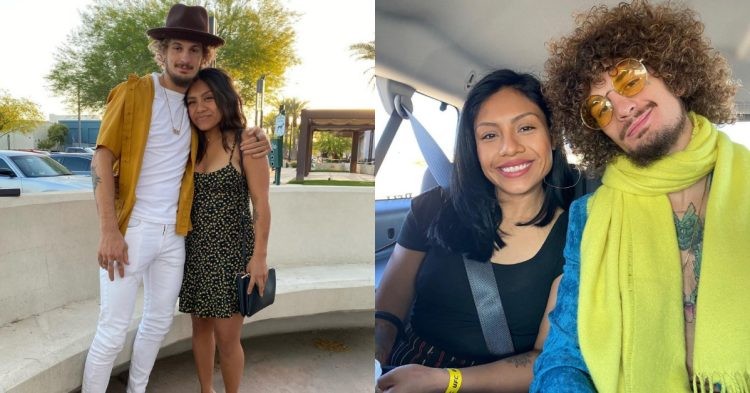 Sean O’Malley is one of the hottest prospects in the UFC right now. The bantamweight contender is known for his wide array of finishes and is quoted to be the next big thing in the world of mixed martial arts. However, a stoppage loss at the hands of Marlon Vera has slowed down his hype to some extent. However, O’Malley did not take much time to jump back to the winning column with a dominant win over Chris Moutinho. O’Malley still considers himself undefeated and will look to continue the hype train as he takes on Raulian Paiva inside T-Mobile Arena in Las Vegas at UFC 269.

Sean O’Malley has a jovial personality and doesn’t shy away from sharing intimate details about his life with his fans around the globe. The Bantamweight contender broke the news about his longtime girlfriend, Danya Gonzalez, in an episode of Food Truck Diaries after his emphatic win over Eddie Vineland back at UFC 250. 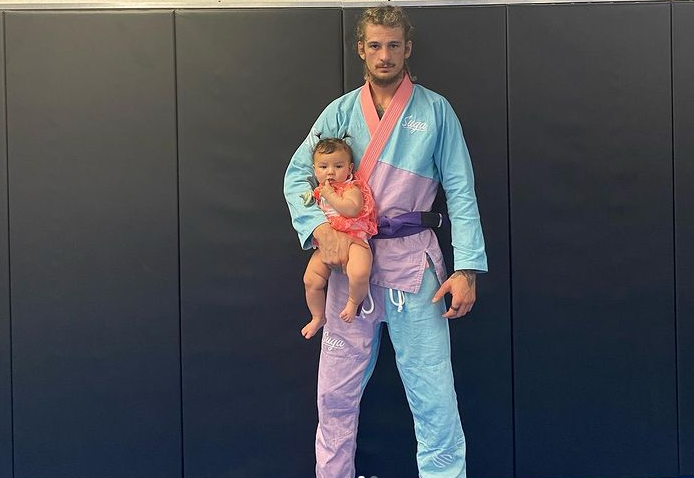 Sugar Sean O’Malley is known for his unique hairstyles, and interestingly enough, the woman behind that incredible hairstyle is none other than O’Malley’s longtime girlfriend Danya Gonzalez.

Danya Gonzalez is a professional hairstylist and her Instagram profile speaks volumes about her incredible work. She works independently and has quite a few high-profile names as her clients.

The relationship between Sean O’Malley and Danya Gonzalez goes a long way back into O’Malley’s fighting career. Danya has been on O’Malley’s side before all the fame and popularity that he has achieved courtesy of his incredible performances inside the UFC Octagon. 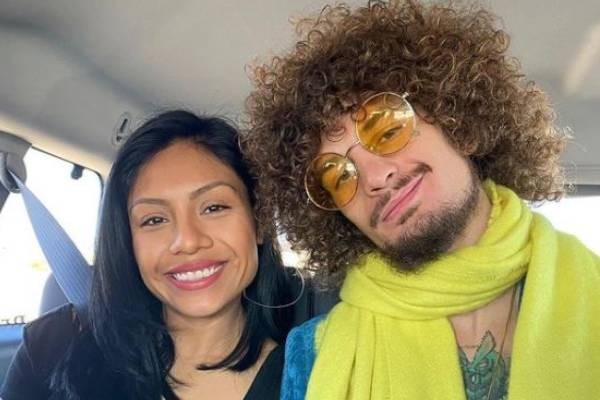 Danya operates out of a small little store in Phenix, Arizona by the name of Hairapy by Danya. She works as an independent hairstylist, offering paid consultations, hair treatment, and styles for both men and women at quite an affordable price. Needless to say, her biggest client is her longtime boyfriend Sean O’Malley.

While much is known about her profession and her interest in mixed martial arts after she came into the spotlight because of Sean O’Malley, fans hardly know anything about her life before she got famous. Danya leads a private life and doesn’t reveal too much about her personal affairs on social media.

O’Malley revealed that Danya Gonzalez was ten days pregnant when she competed in a Jiu-Jitsu tournament. The American fighter jokes that the baby has “good genes” due to this. At the time, O’Malley was scheduled to take on José Alberto Quiñónez at UFC 248. In a recent video on ESPN ahead of UFC 260, Sean O’Malley refers to her daughter as Elena Louise and talks about how she has changed his life forever.

Sean O’Malley is blessed with a baby girl named Elena with his girlfriend Danya Gonzalez. “We are definitely going to have more though. 100%” O’Malley said about wanting to have more kids in the future. 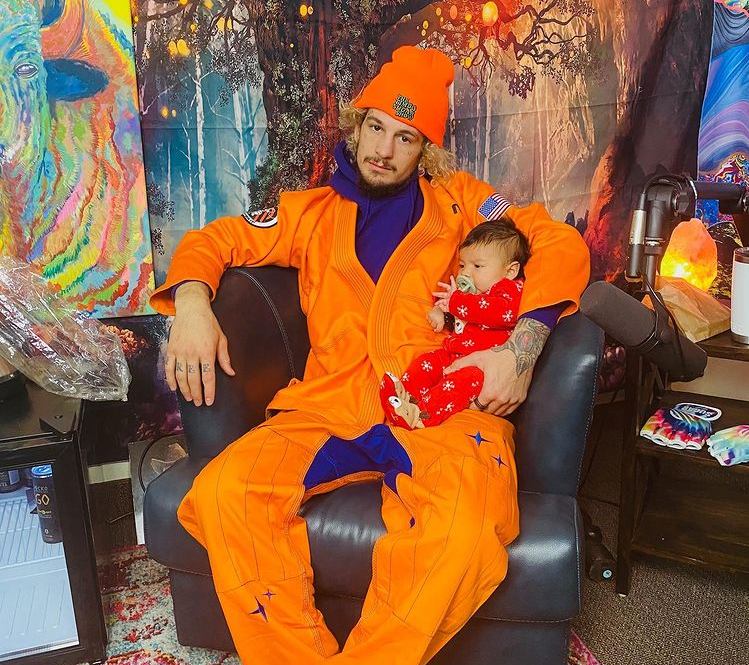 “She’s pretty chill, definitely got her mom’s genes because she is chill, I am not,” O’Malley said about her then-three month daughter Elena before meeting Chito Vera.

Elena O’Malley has been all over on Sean O’Malley’s profile in recent time and the bantamweight contender has said that he is not even getting time to play games because of how busy he is with his daughter.

Sugar Sean O’Malley and her hairstylist

It goes without saying that every time Sean O’Malley walks inside the Octagon in those incredible styles that completely complement his persona, the woman behind it is none other than his girlfriend Danya Gonzalez.

Along with being a hairstylist, Gonzalez is very much into mixed martial arts. She has trained alongside O’Malley on several occasions and has participated in several Jiu-Jitsu tournaments.

Along with being his hairstylist, Danya also picked does professional photography for the rising contender. The couple looks cute whenever they are spotted in pictures together and their chemistry is just incredible.

The relationship between Sean O’Malley and Danya Gonzalez

The relationship between Sean O’Malley and Danya Gonzalez transcends the boundaries of insecurities and jealousy. In an episode of Food Truck Diaries, O’Malley stated that he would have no problem in being in an open relationship with Danya.

O’Malley appeared alongside Gonzalez in an episode of Suga Show and shared his thoughts on the beautiful relationship that he has with his girlfriend Danya Gonzalez. 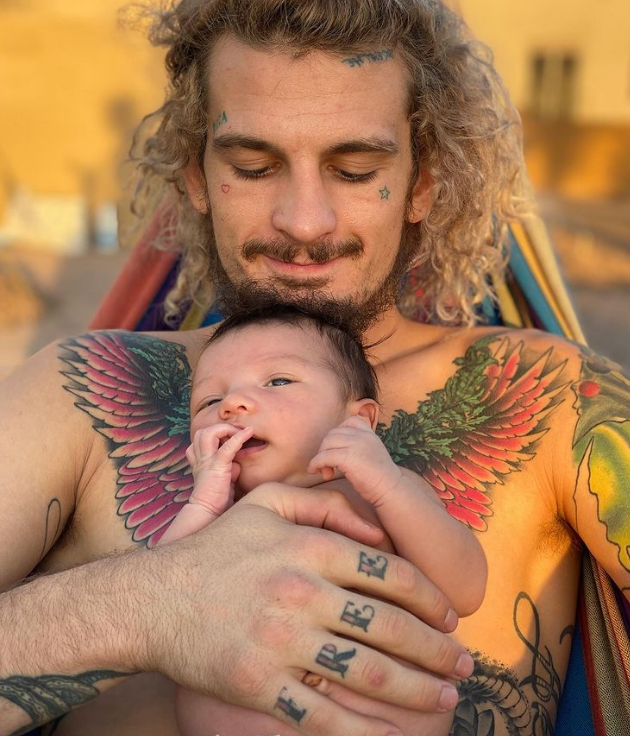 O’Malley reveals how he met Gonzalez for the first time. O’Malley is 26-years old right now, and well on his way to become the next big thing in the UFC should he continue to perform the way he has in recent times. Needless to say, O’Malley has earned the popularity and the fame that he has now, courtesy of the incredible performances that saw him pick up 12 straight wins in his MMA career. 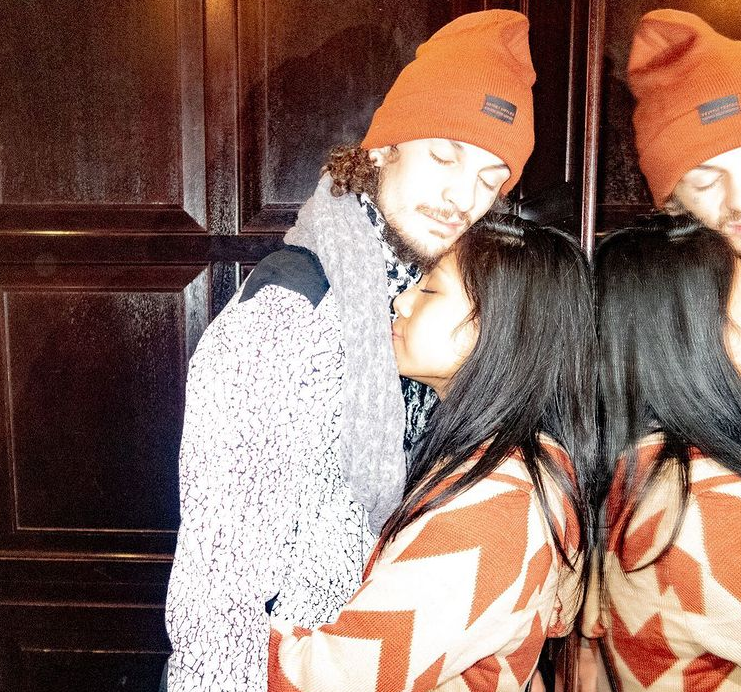 “I met her at the UFC gym. Danya and her sister are walking out, and he’s like (pointing to Tim Welch), ‘come on, go ask her for her Instagram. I get both of their Instagrams and the rest is history.”

Danya revealed that the first time O’Malley asked her out, she thought that Sugar was just 15-years old. Both O’Malley and Danya have together with each other for almost seven years now. At the time, Gonzalez had just turned 23, while O’Malley is the younger onE in the relationship. He was just 20 at the time.

The couple looks adorable with each other, and with the addition of Elena O’Malley, they complete a family. O’Malley will look to prove his position in the UFC’s bantamweight division with a strong comeback after an unfortunate loss at the hands of Chito Vera back at UFC 252.

As mentioned above, Sean O’Malley is in an open relationship with his wife. He opened up on the issue a while back. A lot was speculated about what their relationship is like. Hence, Sean clear up the air and said,

Also Read: “We Don’t Own Each Other”- Sean O’Malley’s Open Relationship With His Wife Has the MMA Fans Confused

“Everyone has a different take on what an open relationship is. I’d like to think of ours as an open-minded relationship where we don’t own each other. I don’t own her and she doesn’t own me… She knew, she didn’t fall in love with a fake me. She knew who she was falling in love with. Cause I was myself.”

Who is Sean O’Malley fighting next?

The 28-year-old is already among the most talked-about superstars in the sports. He boasts a UFC record of 7-1. After his momentary set back against Marlon Vera, he bounced back with 3 great stoppage wins over Thomas Almeida, Kris Moutinho and Raulian Paiva.

He will look to improve his ranking as he takes on Pedro Munhoz at UFC 276. Munhoz is the perfect foe for Sean as it gives him a good challenge to prove that he belongs in the top 10 of the division.