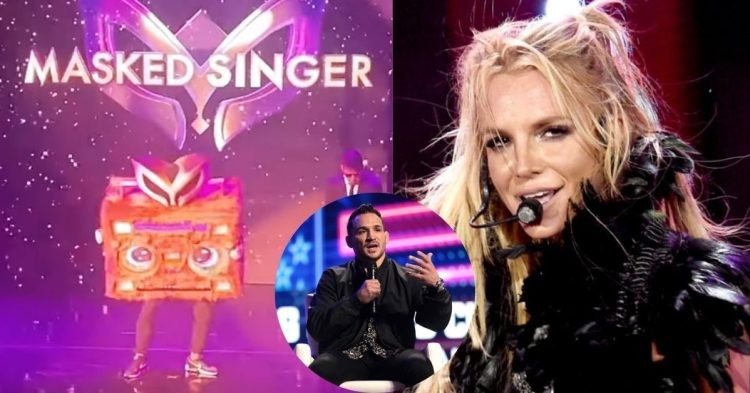 Michael Chandler made headlines last weekend after he had to be separated due to an expletive-filled argument with lightweight rival Dustin Poirier at the T-Mobile Arena during the UFC 276 PPV.

The Iron has come into the spotlight once again but for a good reason this time as he made an appearance on the popular live show The Masked Singer. Chandler dressed up as a robot and made his way to the Masked Singer stage. In his funky outfit, Michael Chandler sang a rendition of Britney Spears’ iconic song Hit Me Baby One More Time.

Chandler performed this song at the Ryman Auditorium in Nashville and the crowd present in the arena seemed to enjoy his performance. A few minutes into the song, the former UFC lightweight champion removed his costume and was announced by the host. He received a loud cheer from fans present in the auditorium as he showed his dance moves while singing the Britney Spears song.

The former Bellator champion has quickly developed into a big personality after making his debut in the UFC in 2020. Being able to perform on such a big stage shows his growth in popularity and the way he is fighting, it looks like there is no stopping Chandler.

Michael Chandler’s return inside the octagon is one thing that fans are looking forward to.  After his brilliant knockout win against Tony Ferguson in his last fight, there are several contenders in the division who want to face him next. Nonetheless, it would be exciting to see whoever the UFC matchmakers decide to pit the Iron against.

Michael Chandler got married to long time girlfriend Brie Willet in 2014. The couple have adopted two kids named Hap Whitaker and Ace Chandler in 2017 and 2022 respectively. Chandler welcomed Ace to the family in April this year and made the announcement of the adoption via Instagram. 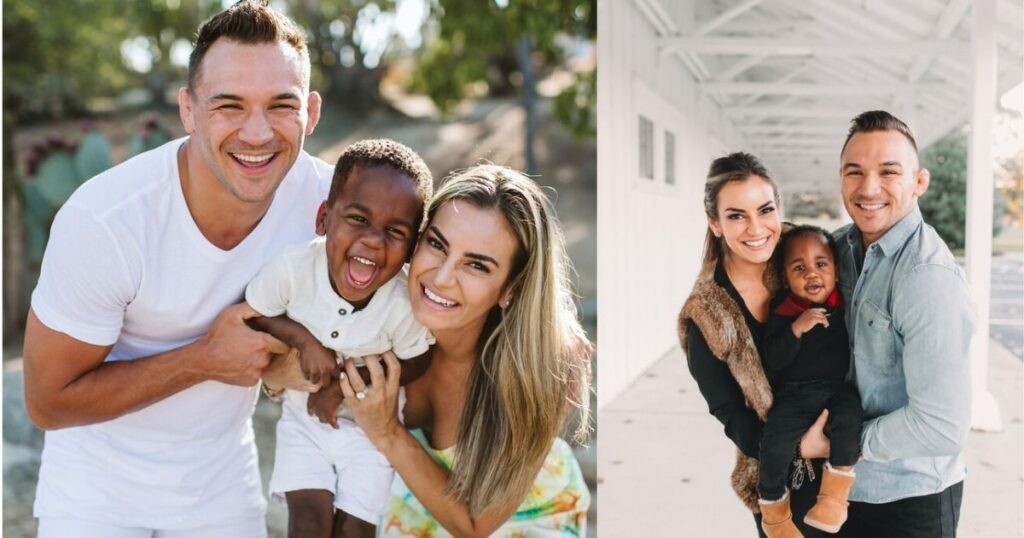 The Iron’s wife always wanted to adopt a child and this was the biggest reason behind the coupe adopting two kids. However, there isn’t much information available about his wife and kids. But the UFC Lightweight contender likes to share heartwarming pictures of his kids and wife on Instagram.

Apart from fighting inside the octagon, during the break after his win over Ferguson, Chandler went on a vacation with his entire family. The Iron joked around during this trip as he flaunted his dad bod while partying with his friends and relatives.

The 36-year-old lightweight fighter makes sure that he spends ample time with his kids and wife because he has to stay away from them for the majority of the time due to training camps and fights throughout the year. With that being said, who do you think will be Chandler’s next opponent. Do let us know in the comments section.