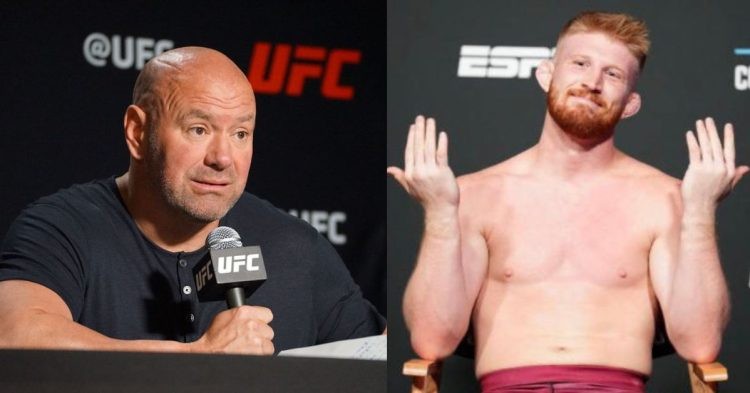 Bo Nickal's UFC debut is cancelled after an injury

Bo Nickal is one of the hottest prospects in the UFC right now and was scheduled to face Jamie Pickett for his debut in the promotion at UFC 282. However, Nickal is out of the bout and will not make his UFC debut this year.

According to some sources, things did not go according to the plan, as Nickal suffered an injury and as a result, he has withdrawn from the bout. Nickal was scheduled to fight Pickett, who enters the fight with two back-to-back losses.

Nickal was coming to this bout with a 3-0 pro record after winning the UFC contract at Dana White’s Contender Series in September. This young prospect holds a freestyle wrestling record of 28-10 and an NCAA record of 120-3 to his name. As a result, some fans said that Nickal is the best wrestler to ever compete in the UFC.

Nickal has one of the best credentials and has shown his elite skills in the octagon. He is a blue belt in jiu-jitsu and currently trains at American Top Team in South Florida.

In 2019, Nickal earned the 2019 Dan Hodge Trophy, an accolade awarded to the nation’s best wrestler. Apart from that, Bo also won some of the honorable awards like the Dan Hodge Trophy, the Schalles Award (x2), and more.

#Breaking: Bo Nickal is off #UFC282 vs. Jamie Pickett, sources tell me. The promotion is now re-working its plans for the hot prospect’s debut. https://t.co/9K3Bw9BIzG

However, he has yet to face an elite fighter in the UFC. Nickal brings in a lot of hype and if he can put on dominant performances, he might be the promotion’s next big star.

Bo Nickal is expected to make his debut at UFC 285

Bo Nickal is an elite wrestler and one of the best to ever be in the UFC, which can be proven by his incredible wrestling background. He holds three gold medals in the NCAA Division 1 National Championship and other championships as well.

Nickal has the potential to become the next big superstar, given his perfect resume. He was a three-time Division-I national wrestling champion and three-time Big Ten conference champion for Penn State. He won a national championship and an under-23 world championship, both in 2019 in the 92kg weight class.

If Nickal can maintain his spotless record, he might see himself facing the top contenders in the division and soon another unstoppable grappler, Khamzat Chimaev. Some critics pointed out that Nickal’s elite skills in addition to his youth can get him a title shot in the near future.

However, it all depends on how he performs against the more experienced and skillful fighters in the promotion. As per some sources, Nickal is expected to make his debut at UFC 285. No opponent has been announced so far and the UFC has yet to make an official statement on Nickal’s next fight.