Miesha Tate Wants Ronda Rousey to Make Her UFC Return, Claims She Can Beat Her in a Trilogy Miesha Tate says she plans to finish her trilogy fight with old rival Ronda Rousey. The former UFC  Bantamweight Champion made her UFC return in 2020 after a long 5 years gap. After winning her first fight against Marion Reneau she is now all set to take on Ketlen Vieira at UFC Fight Night 198 this weekend. Ahead of this fight, Tate sat down with ESPN for an online interview.

During the interview, the veteran fighter shared her dream about fighting Ronda Rousey for the third time. ” I know she is retired and she just had a baby and that’s all fine and dandy but man it would be a dream come true if she came back,” said Tate.

According to Tate, she can defeat Rousey this time as last time it was Chaos. The last time they fought, Tate’s unstable life with her boyfriend Bryan Caraway added extra pressure on her.

It is to be mentioned that both fought each other twice in their career. Of which, Ronda came out victorious on both occasions.

While building up about their fight, there was a lot of trash-talking between both. Even Tate’s boyfriend jumped into the Twitter wars with Rousey very often. Due to all this, there was a rift between Tate and her boyfriend which put Tate in a very bad posting emotionally and mentally which resulted in her loss. She failed to concentrate on the fight properly and was not ready enough to take on her opponents. But, this time the fighter is confident that she can get the job done if given a chance. ” I know I have what it takes to beat Ronda Rousey”

Will Ronda Rousey ever return to fight Miesha Tate in the UFC for a trilogy bout?

Fight fans certainly loved the rivalry between Ronda and Miesha. It was one of the biggest feuds in the history of UFC. But, looking from Ronda’s perspective, she is 2-0 against Tate. Also, it’s been 5 years since her last fight. So, coming up for a fight against someone who is still active in MMA with a possibility of weakening the record won’t be ideal for her. 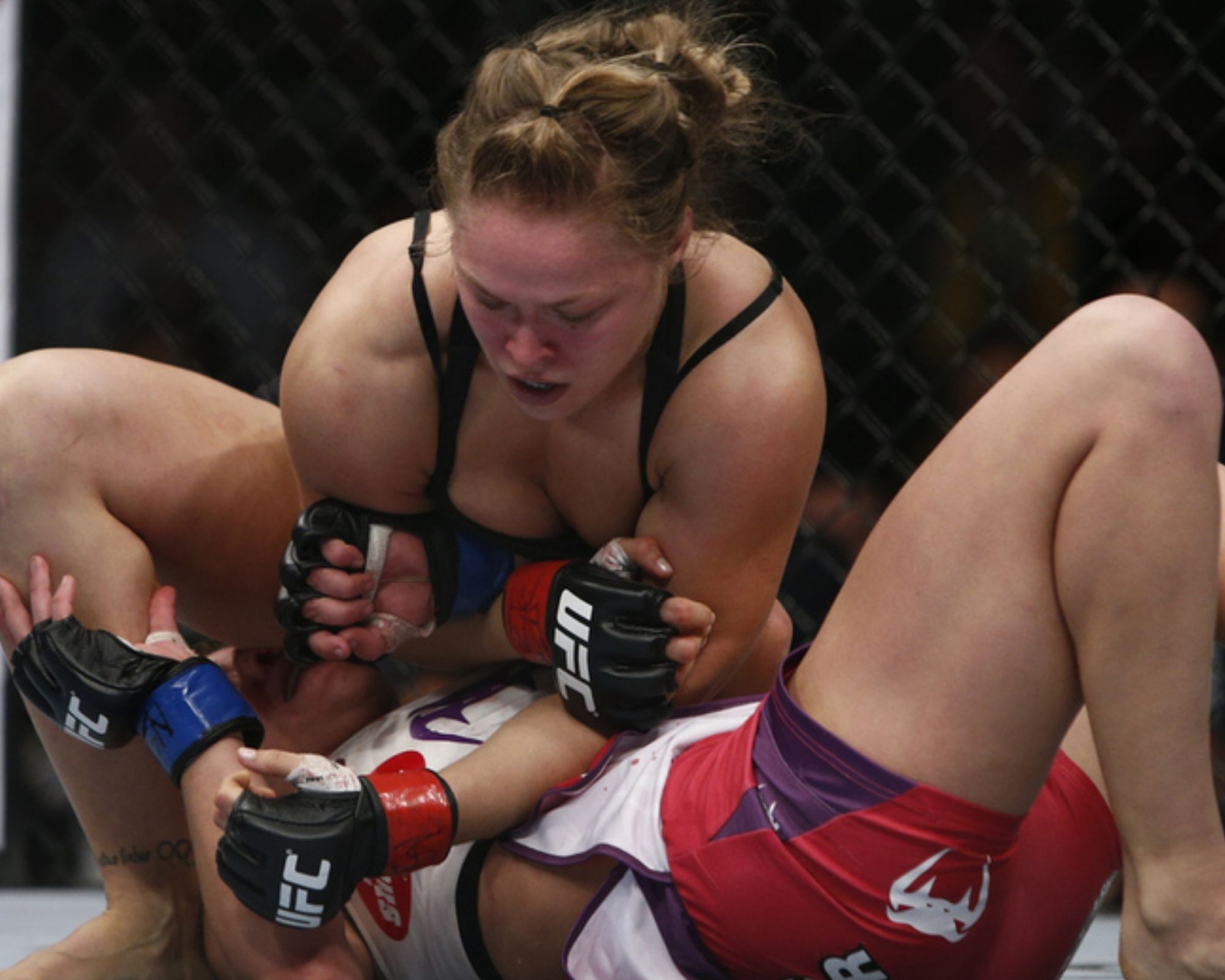 Moreover, UFC president Dana White shot down the idea of Rousey’s return. When questioned about the same, he responded by saying: “Don’t even f***ing start you guys ..yes, we talked. [She is] absolutely, positively not coming back ever (Courtesy: The Sun) “ So, this clearly sums up her return.