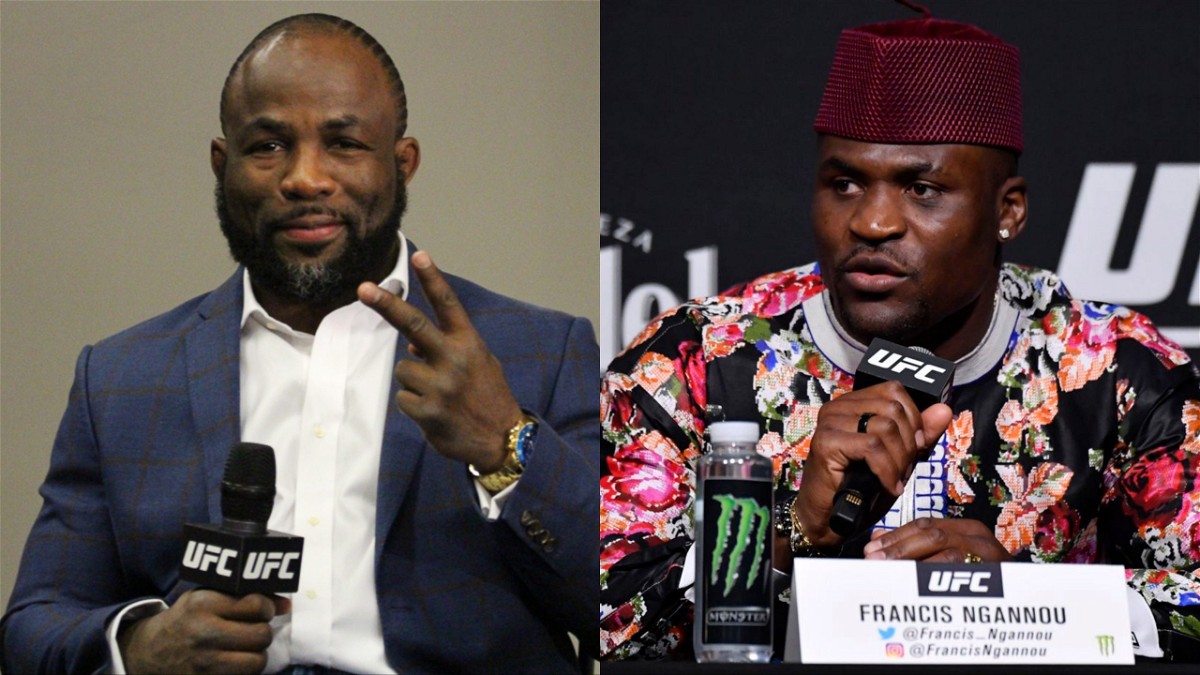 Leading up to UFC 270, the storyline for the main event fight became more about the apprentice vs the master rather than being fighter vs fighter. Former coach of Francis Ngannou, Fernand Lopez was extremely vocal in publicising their feud to the media.

The MMA Factory head coach spoke publicly on why he did not work with Francis Ngannou anymore. There were leaked videos of Ciryl Gane and Ngannou sparring. Lopez commented on that stated Gane dropped the current champ with a big knee during the sparring sessions. However, all that seems to be water under the bridge as Lopez has decided to end the beef.

During his most recent appearance on ‘The MMA Hour’, the coach spoke to Ariel Helwani and stated that he would not be commenting on the past issues any further.

Talking about the quarrel, he said, “One hundred per cent I’m relieved. When I crossed the Octagon, on the day Ciryl lost the fight, I shook Francis’ hand. And that was my way to say, ‘buddy, it’s over. I’m done.'”

He further added, “It’s like you Ariel, if you ever ask me a question of Francis again, the kind of question that can be turned (into) issues, negative (issues), I will just say to you, ‘I’m not talking about this.’ If you ask me anything that is (based on) reality, actuality, obviously I’m an MMA person, so I’ll talk about it.”

“But my beef with Francis (is over.) I’m done. They can say whatever (they) want again, on me and Francis, I’m not responding anymore about that. I’m done, it’s over.”

Francis Ngannou was injured prior to UFC 270

Ahead of the first Pay Per View (PPV) event of the year, Francis Ngannou suffered a very serious knee injury. He damaged his ACL and MCL. The Cameroon native will have to go under the knife in order to get his legs back to full strength. Hence, the fans may not see ‘The Predator’ until the very end of the year.

Meanwhile, the MMA community is waiting with bated breath to see how the contract situation between the UFC and Francis Ngannou. He recently expressed his wish ‘to be free and fight for the UFC.’ The 36-year old would explore other options in case he is unable to find a solution with the UFC.