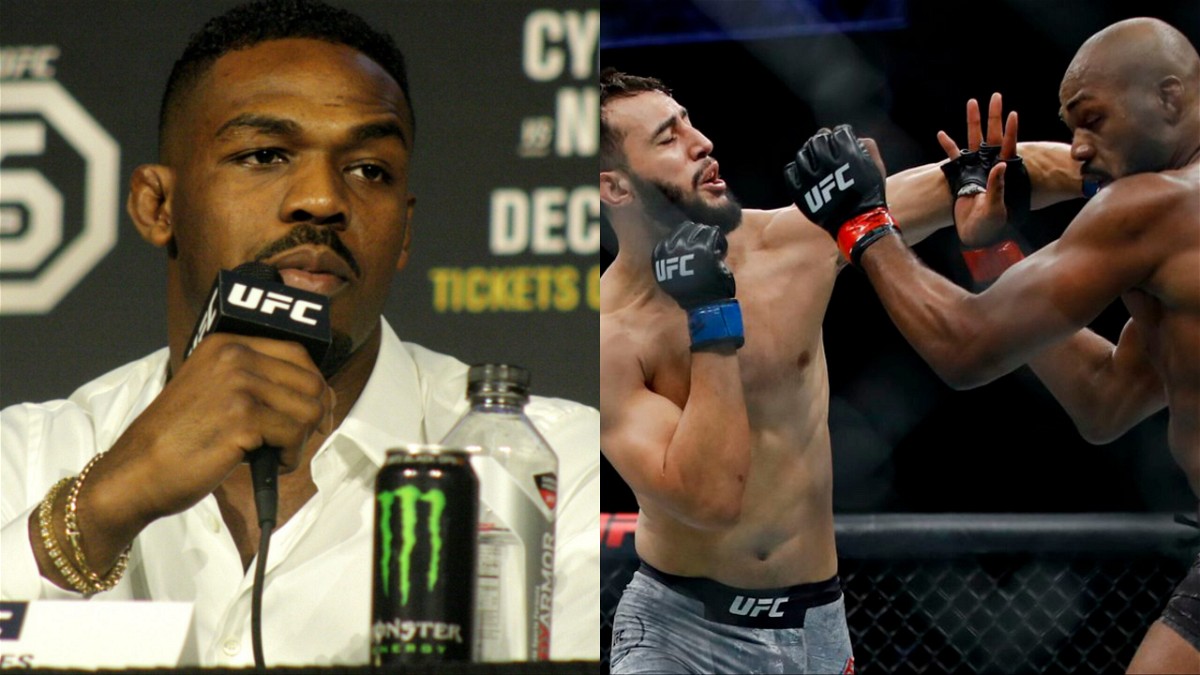 Jon Jones looks back at his last fight from 2020 and reaffirms that the decision to leave the light-heavyweight division was the right one in retrospect.

On February 8 of 2020, Jones fought Dominic Reyes in the main event of UFC 247. Reyes who was undefeated at the time had the perfect of his life. In the first three rounds of the fight, Dominic dodged almost all of Jon’s punches and kicks. His movements were on point and by the end of the fight, it seemed as if Reyes had just done the improbable.

But, to everyone’s surprise, none of the judges scored the fight for Reyes. While two of the scorecards had it 48-47 in favour of Jones, judge Joe Solis scored it 49-46 in favour of the champion. It sparked a massive outrage amongst the MMA community.

Even the UFC president Dana White revealed that he thought Dominic Reyes won the fight. Since the event, however, both fighters have had a bumpy road so far. While Jones had a lot of personal and legal issues to deal with, Reyes is on a three-fight losing skid.

Jon Jones is excited about his heavyweight journey

Following the event in 2020, Jon Jones ended up leaving the 205lbs division after relinquishing the belt. Since his debut in the UFC, Jon has been a prominent figure in the division. After a 12 year journey as a light-heavyweight, the 34-year old seemed burnt out during his last few fights.

The youngest champion in UFC history had a very close fight against Thiago Santos in his second-last fight. However, Jon came dangerously close to having the first ‘real’ loss of his career against Reyes. Dominic just seemed one step ahead of Jon in the first 3 rounds. But he ultimately found his mojo in the championship rounds and managed to outscore Reyes.

After the event, Jones openly spoke about the lack of excitement for his later fights. According to Jon, he needs new mountains to climb and he wants to become the heavyweight champion. In a recent tweet, he reflected on the topic and wrote,

My candle for light heavyweight blew out, it showed in my last fight, instead of being discouraged by a bad performance, I’m stoked about this new season. New energy. My time at LWH was over, I see that more clear today than ever

There have been rumours of Jon fighting for an interim heavyweight championship. The champ Francis Ngannou just had surgery to repair his knee. Hence, an interim champion may just be what the division needs right now. And a fighter of Jones’ stature will bring a lot of much-needed eyeballs to the division.