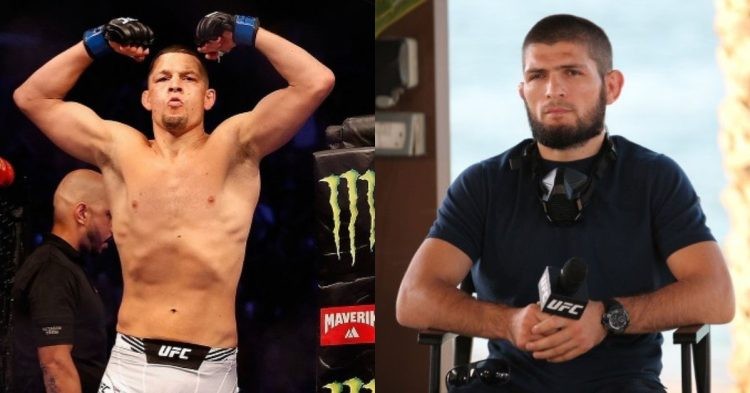 Nate Diaz did not step back from taking a dig at Khabib Nurmagomedov in a bitter sour reply to Leon Edwards’ recent comments on Jorge Masvidal for accepting the BMF title rematch against Nate Diaz rather than the #1 title contender’s fight against him. Leon Edwards has been without an opponent for a while now with no clear opponent in sight. While there are reports that a potential Stephen Thompson vs Leon Edwards, nothing has been confirmed so far.

Also Read I Darren Till Calls Out Nick Diaz

In reply to Leon Edwards’ recent statements, Nate Diaz sent a bitter reply claiming he is a bigger draw than both Khabib Nurmagomedov and Leon Edwards. The reason why Edwards hasn’t been able to find opponents has been party due to his average popularity. Leon Edwards was looking at fighting Jorge Masvidal to further cement his position to fight for the UFC Welterweight gold. However, that wasn’t the case as UFC President Dana White announced that the promotion is working on a rematch between both the fighters for an early 2021 PPV.

You got fucked up in the back for acting like you were tight.
This fight shit is the same everywere, in or out of the cage… don’t get punked ever.
That goes for kabob also,
you guys are in last place now lol pic.twitter.com/DNuNLBNsj3

Also Read I Nate Diaz Rains Down on Leon Edwards

Nate Diaz is expected to take on Jorge Masvidal for the BMF rematch early next year. Diaz could be looking at a title opportunity if he can get past Masvidal. The Gamebred fought a great fight against Kamaru Usman at UFC 251 after accepting a short-notice fight against the Champion. 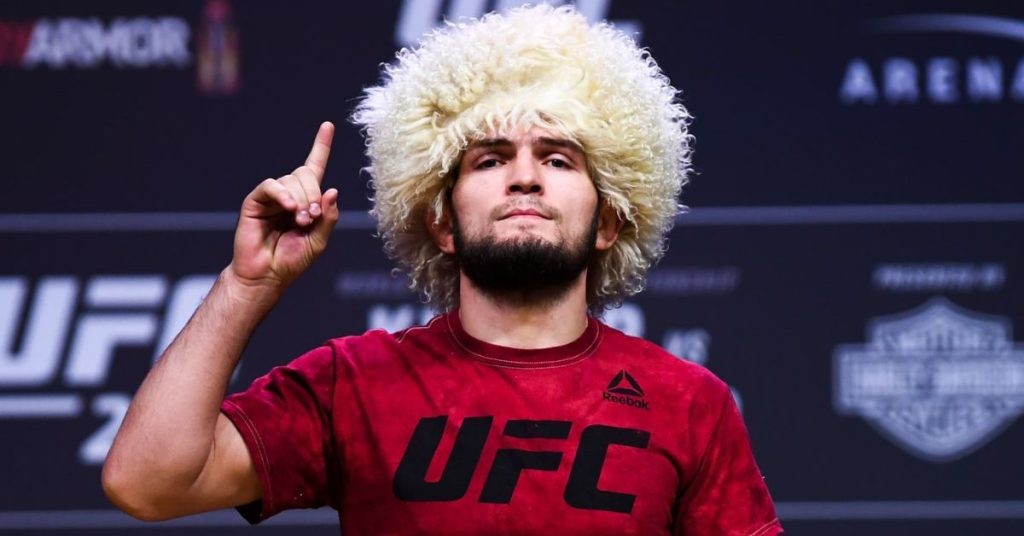 Khabib Nurmagomedov is set to defend his UFC title in a title unification bout against interim Champion Justin Gaethje. It will be Khabib’s third title defense after incredible performances against Dustin Poirier and Conor McGregor in his last two fights. It Will interesting to see Khabib will fare against an equally brilliant wrestler in the form of Gaethje. It is important to note that Gaethje is a solid knockout artist, and has solid wrestling credentials to back up his ground game. If Gaethje can evade the takedowns and keep the fight on the ground, there’s a reason to believe that Gaethje could finally become the fighter to dethrone Khabib Nurmagomedov.