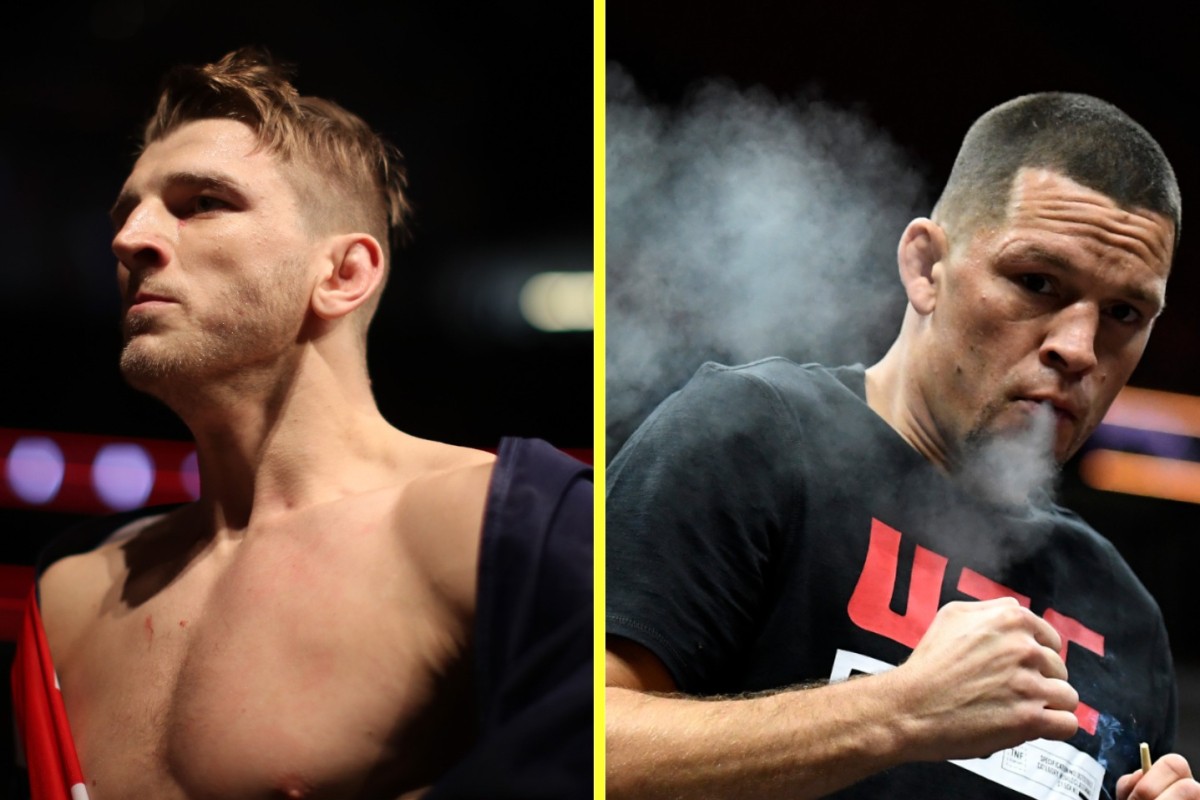 Dan Hooker says he wants a piece of Nate Diaz at UFC 266 and has invited the Stockton Slugger to face him in his next UFC fight. The Hangman proposed this idea after Diaz went through all kinds of hell while fighting Leon Edwards at UFC 263. Nate stated he was looking to return to the cage in “three or four months” and issued an open challenge at the recent pay-per-view’s post-fight press conference.

We know that both these fighters are famous for their loud-mouthed antics and come-forward style. Hangman has promised maximum violence in what would be an all-out blood bath.

“I had just seen the video of him saying he wants to get back in there in three or four months, and if you want to fight put your hand up, and that’s something I’m quite well known for – is putting my hands up for fights and taking opportunities and not staying silent in moments like that.”

Read More: “Dusty B****H”- Conor McGregor Lays Out a Condition for His Trilogy Against Dustin Poirier at UFC 264

Speaking with MMA Junkie’s reporter Fannah Hannoun, Hooker said that “I’ll bring the kind of fight that would do a Diaz brother justice”

Diaz is coming off after a bloody match with Leon Edwards at UFC 263 which he lost in a unanimous decision defeat, which marks his second straight loss. Dan’s run inside the cage over the last year hasn’t exactly been quite remarkable, suffering back-to-back defeats at the hands of Dustin Poirier and Michael Chandler.

I don’t dance but we can boogie. #ufc266 @seanshelby https://t.co/jLVmGeGgqu

UFC 266 currently features a matchup between Jan Blachowicz and Glover Teixeira for the UFC Light Heavyweight Championship. It also expected a middleweight clash between the returning Darren Till and Derek Brunson is likely to take place.

Read More: “I Want to Get Involved in Football”- Khabib Nurmagomedov Teases Huge News for His Fans

Is Conor McGregor Injured? The Former UFC Champion Spotted With Black Eye Ahead of the Dustin Poirier Trilogy