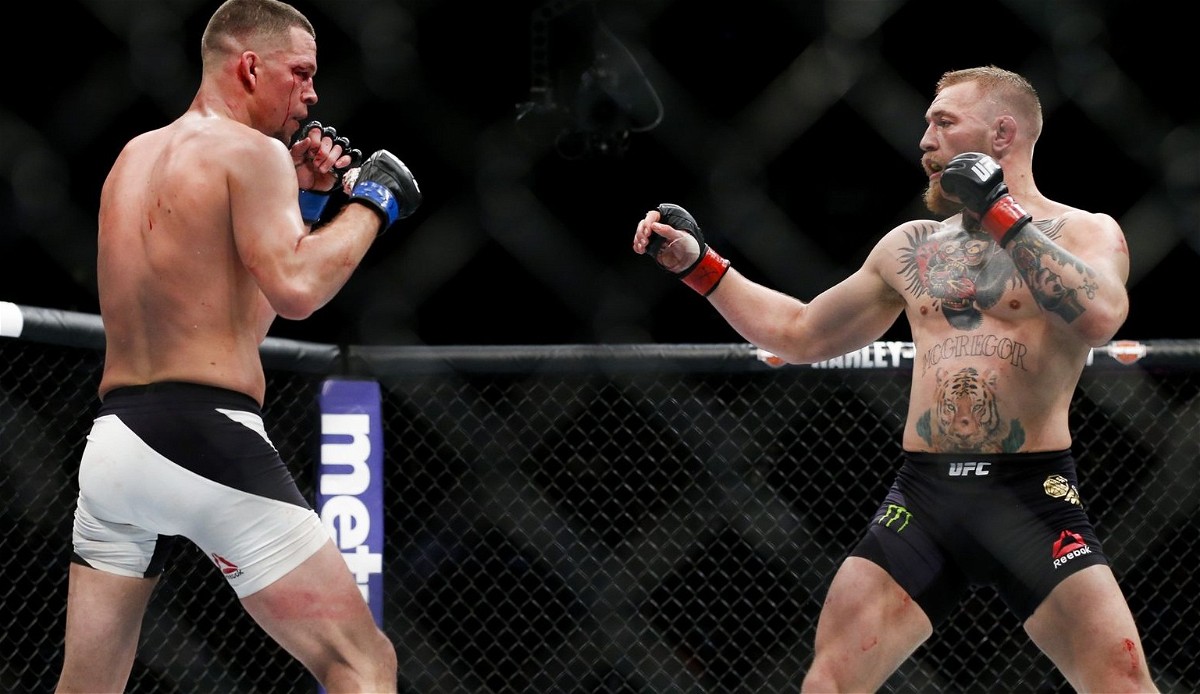 It’s been a while since the fans have seen Nate Diaz inside the UFC octagon. Diaz last competed in 2019 against Jorge Masvidal for the BMF title.

Though there have been many speculations about the octagon return of both Diaz brothers there has not been any official confirmation for the fans. However, recently, Dana White confirmed that Nate Diaz is going to come down to lightweight for his next fight.

Conor McGregor is hopeful for a trilogy with Nate Diaz

In a recent interview with The MacLife, Conor McGregor opened up about Nate Diaz’s future in the UFC and stated:

“I heard Dana talking that Nate Diaz is coming down to lightweight division. I look to compete against Diaz. We’ll compete again if that happens at lightweight and that too title it would be special. I think he is gonna come down to 155 he should come down to me. Nate is a warrior. Nate steps up and fight. It is not necessary I don’t feel to have him fight at 155 against another contender. Maybe it should be me and Nate. We could possibly do that for the belt. If not I will probably just fight Nate at 170 lbs. We fought at 170 twice. Why mix it up for trilogy? If there are belt and title and loftier things are on the line then fight at 155 against Nate would be something.”

Conor McGregor takes on Dustin Poirier in the main event of UFC 257. If Conor gets the win then it makes sense for him to fight for the lightweight title next. However, Khabib Nurmagomedov’s uncertain MMA future might give enough time window for a trilogy fight between Conor and Nate.

Though it seems highly unlikeable considering the number of options Conor has ahead of him it’s something that will certainly excite the fans.

Nate Diaz has been constantly training with his brother Nick Diaz for their upcoming bouts. However, the Diaz brothers have always been the outliers. So the fans might have to wait for a little longer before they see their favorite fighters scrap inside the octagon.