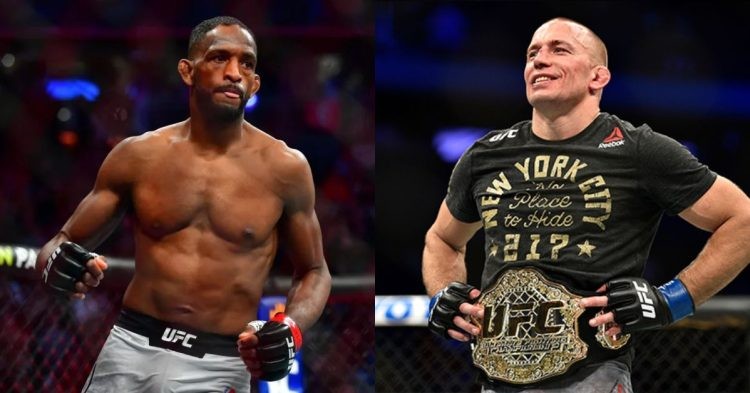 Neil Magny submitted Daniel Rodriguez via submission in the third round to record his 20th win in the UFC. In the process, he went past Georges St-Pierre for the most number of victories in the UFC’s welterweight division. Additionally, he now ties with the likes of Jon Jones, GSP, Michael Bisping, Dustin Poirier, and Rafael dos Anjos with 20 wins inside the UFC.

MOST WINS IN WELTERWEIGHT HISTORY!@NeilMagny sets the record with the finish over D-Rod! #UFCVegas64 pic.twitter.com/IVPHFWWW0c

Prior to Neil Magny, George St-Pierre held the record for most wins in the 170-pound division with 19 wins. Pierre’s 20th win came in the UFC’s middleweight division against Michael Bisping and saw the Canadian fighter become a two-division champion.

Neil Magny made his UFC debut back at UFC 157 in 2013. Almost a decade later, Magny is still competing at the absolute top of the division. Over the course of his tenured mixed martial arts journey, Magny has picked up wins over the likes of Carlos Condit, Robbie Lawler, and Kelvin Gastelum among others.

Not just most wins in the welterweight division, Magny has now surpassed Georges St-Pierre and Kamaru Usman for most significant strikes in the 170-pound division.

Check out the complete list of fighters with the most wins in the UFC’s welterweight division.

With only Kamaru Usman as the young and active player on the roster, it will only boil down to the Nigerian Nightmare to touch this record. At 41 years of age, it’s unlikely that Matt Brown has 4 more wins in him inside the UFC Octagon.

Who do you think will get past Neil Magny in the near future? Not to forget, Magny is just 35 years old and will likely pick up more victories as he goes forward in his mixed martial arts journey. Can he touch the record for most wins in UFC history? Only time will tell.