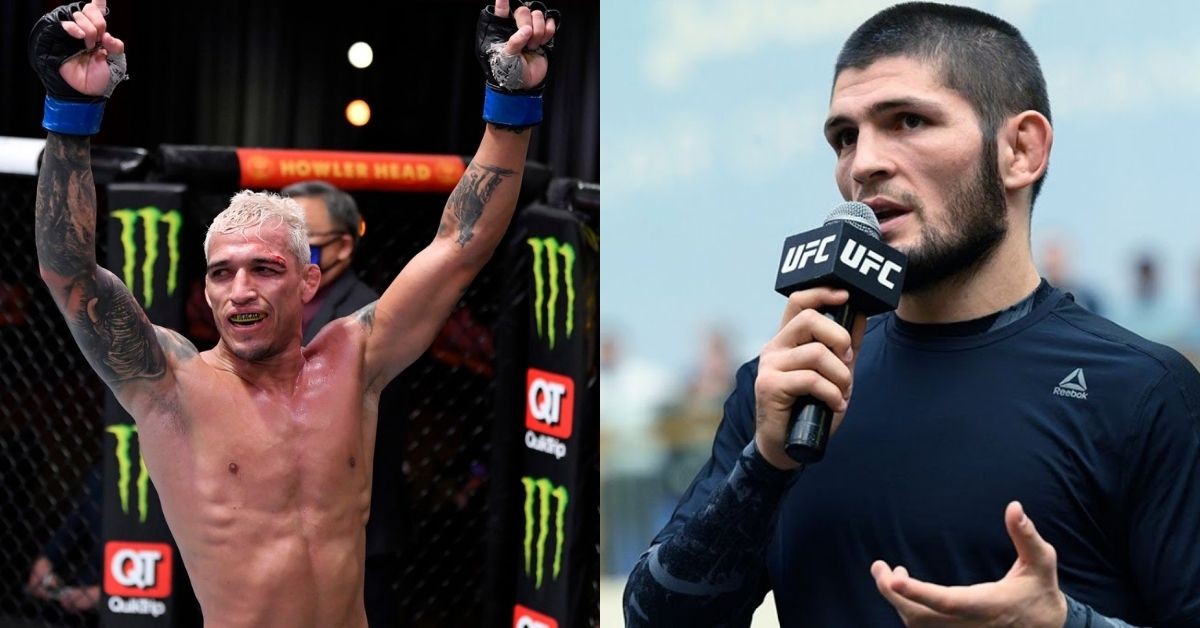 Charles Oliveira has been dominating the lightweight division since the retirement of Khabib Nurmagomedov. Do Bronx has established his superiority by racking up some spectacular finishes against top contenders like Michael Chandler, Dustin Poirier and Justin Gaethje.

Consequently, fans are comparing his career with the Russian lightweight. Meanwhile, some fight enthusiasts and analysts are even rating Oliveira higher than Khabib in the all-time greatest lightweight fighter category. In a recent interview, Espn journalist Brett Okamoto asked Khabib whether he is impressed with Charles Oliveira’s recent performances.

The former UFC champion seemed annoyed with the comparisons. He went on to slam Charles Oliveira for getting dropped in his last three fights.

Khabib also criticised Oliveira for tapping out thrice in his UFC career and made an argument about his dominance as a champion in the promotion.

“Nobody ever touch my face and all the time he go down. People cannot talk about like compare me and Charles Oliveira. He tapped in UFC three times. Please come on.”

It is true that no one can question Khabib’s dominance in the lightweight division as his undefeated record speaks for itself. However, Do Bronx has broken multiple records and is on the path to becoming if not the greatest then one of the best lightweight fighters in the history of UFC.

Not only did Khabib Nurmagomedov bash Charles Oliveira for giving up in his fights in the past but he also thrashed him for not making weight at UFC 274. He also questioned Do Bronx for not cutting half a pound of weight in the given one hour ahead of his fight against Justin Gaethje. 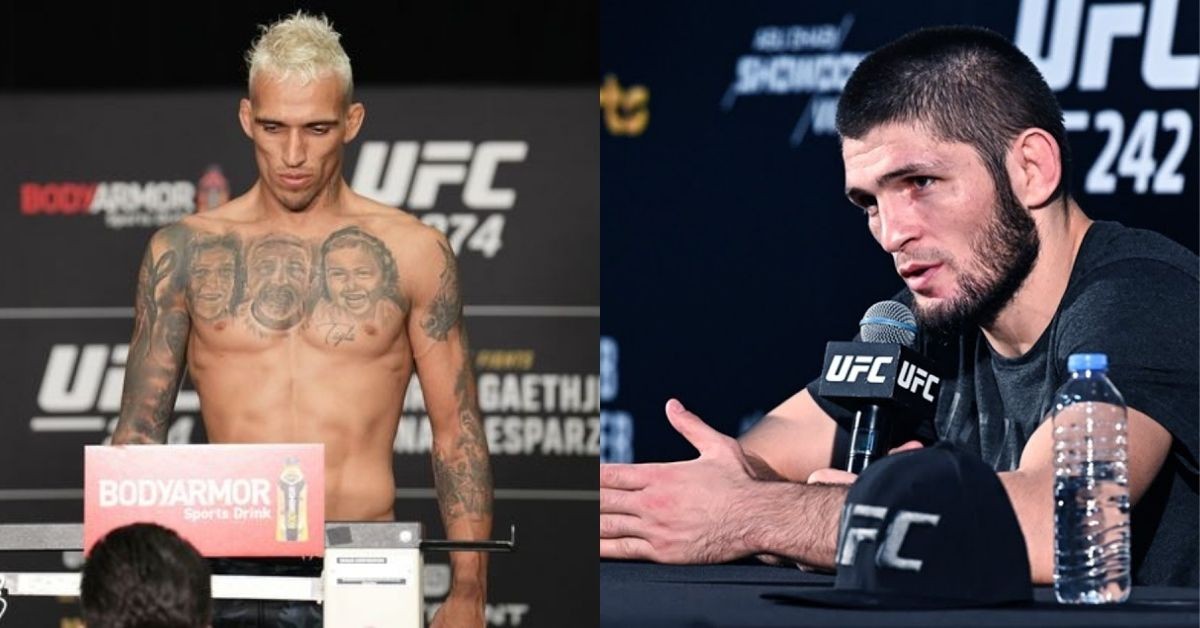 Besides the weight cut, The Russian lightweight also believes that Oliveira has to beat Islam Makhachev, Beneil Dariush and a few others before deserving the status as the greatest lightweight. It is needless to say that Khabib has been very critical of Oliveira’s career. However, it would be interesting to see The Eagle’s reaction if Do Bronx does manage to defeat both Islam and Beneil in the future.