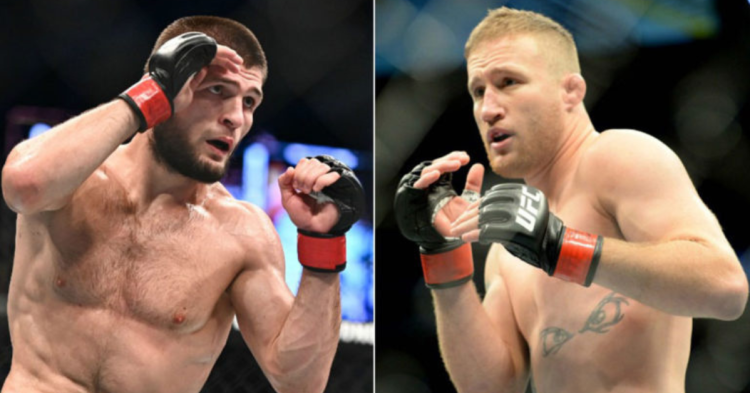 There is nothing like the tension in the arena when UFC fighters get into the octagon to fight for the prestigious title. And when it is a fight that involves the unbeaten Khabib Nurmagomedov then the pressure is at its highest.

Khabib’s winning streak is the most significant in the history of UFC. His resume is unheard of in MMA. He has fought the very best this sport had to offer and he is still unbeaten. One of the biggest superstars in the sport, Khabib Nurmagomedov brings the whole Russian fanbase every time he steps into the octagon.

Khabib Nurmagomedov gave valuable insights into his mentality in the UFC countdown series for UFC 254. Nurmagomedov confesses that he does feel pressure leading to every fight. However, he never loses sight of the final goal, which is to get the victory inside the octagon. Khabib explained:

Khabib Nurmagomedov meets the toughest test of his career

Besides that, Khabib Nurmagomedov will be fighting to achieve his father’s dream, which was to reach the record of 30-0 before hanging up the gloves. But, all this pressure might not be enough to shake the confidence of the lightweight champion.

This is the biggest fight for Justin Gaethje as well who will finally get the opportunity to achieve his lifelong dream of being an undisputed UFC champion. With so much on the line, the fans can expect the best out of both the lightweight elites when they face each other at UFC 254.