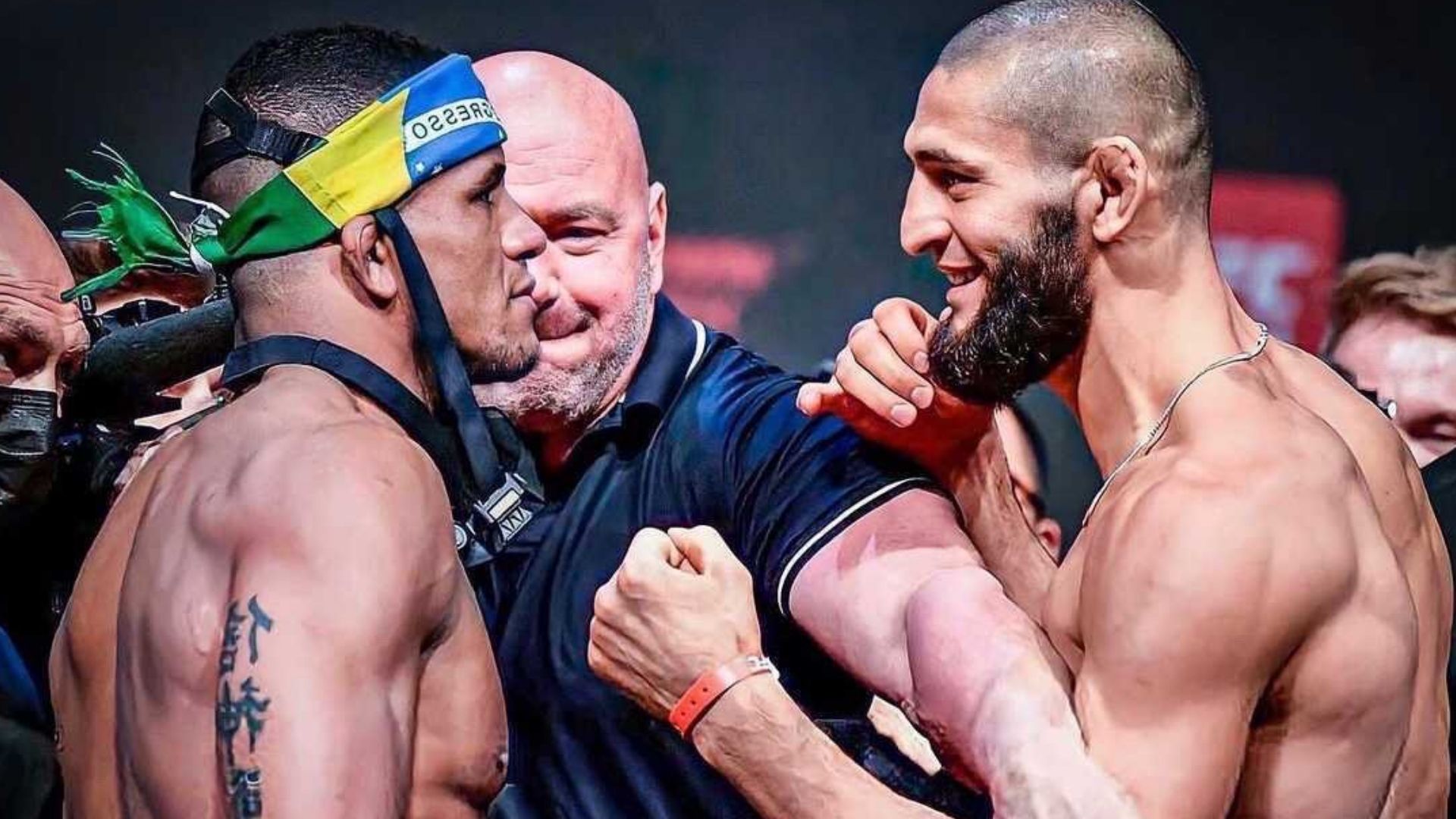 The talks about the welterweight bout between Gilbert Burns and Khamzat Chimaev have been around for some time now. It all started when Chimaev defeated Ki Jingliang at UFC 267 and showed his interest in fighting anybody from the welterweight division.

After the fight, the unbeaten Russian went all out in calling every fighter on the roster. Among them Burns was one too, the Brazilian when asked about his opinions regarding fighting Chimaev replied that he doesn’t have any issue in fighting.

In a recent video on his YouTube channel, Chimaev revealed that even if everyone is talking about him nobody is ready to get into the ring with him. The ‘Borz’ expressed in his YouTube video that it can be anybody, even Gilbert Burns.

“For me, it doesn’t matter. Gilbert Burns talked about Brazil. I’m more Brazilian than him because my coach is Brazilian,” said Chimaev. The fighter also wished for the fight to take place in Burns’ home turf, Brazil.

It didn’t take much time for the Brazilian to respond to Chimaev‘s call-out and he put out a tweet as his response. In the tweet, Burns asked Dana White to make the fight happen in Brazil as he is ready for the challenge.

It seems like MMA fans can actually see the fight between Chimaev and Burns as UFC posted a tweet in which they gave a sneak peek about the fight. “Who would like to see this duel up close,” wrote UFC in their official Twitter handle

What’s next for Khamzat Chimaev if he beats Gilbert Burns?

Khamzat feels that if he beats Burns before Usman did, then people will know how good he is. However, it is obvious that if Khamzat even defeats Burns via decision he will still get the title shot.

Currently, in the division, none of the fighters are surging forward with wins other than Khamzat. Of course, there is Leon with nine victories out of his last 10 fights. But, Dana already confirmed about him getting the title shot next. Hence, it is certain that if Chimaev beat Burns his opportunity is around the corner.