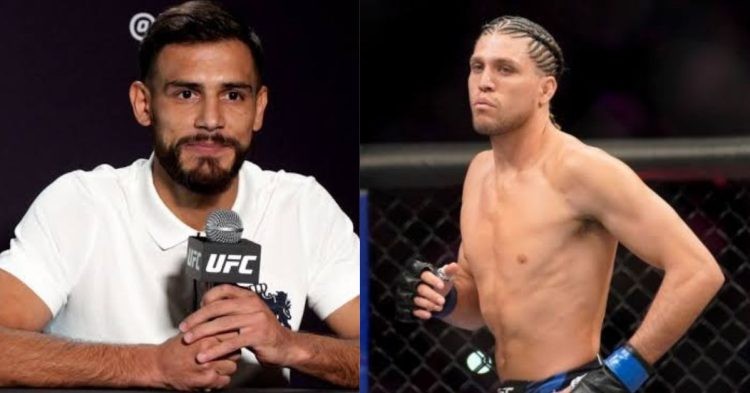 Yair Rodriguez will be back in action this weekend to fight against Brian Ortega in a five-round main event clash at UFC Vegas 59 that will take place at the Apex. The Mexican fighter is coming off a tough unanimous decision loss in his last fight against former champion Max Holloway.

However, despite losing the matchup against Blessed, Rodriguez received a lot of praise for the way he fought and considering the fact that he had made his UFC return after two years. Putting that loss behind his back, El Pantera will look to get back to winning ways and rise to the top of the featherweight division.

As we build up to this main event clash, a media interview for the UFC Vegas 59 event took place where Yair Rodriguez was questioned about his approach against T-City. Interestingly, Rodriguez has indicated that he will not try to do any unorthodox stuff that he usually does while striking against Ortega and will have a simple approach.

“Well, I think more than anything it’s just like sticking to the strategy. Try and do less mistakes possible and stick to the gameplan that’s it. You know just basically that what I already told you.

“Not getting out of the strategy, not do much of a crazy stuff that I normally do and not get into bad positions because I know Brian Ortega can take advantage of that so just staying basic.”

Yair Rodriguez is aware of the threat that Brian Ortega possesses in all departments and has planned accordingly for this big fight as a win would help him become the number one contender for the featherweight title.

Brian Ortega’s expertise in Jiu Jitsu and the submission manoeuvres that he has in his arsenal are undoubtedly amongst the best in the 145-pound division. Therefore while having a conversation at the UFC Fight Night media interview, one of the interviewers asked Yair Rodriguez about how he plans to counter T-City’s Jiu-Jitsu.

El Pantera kept it very short and simple by saying “Staying out of the floor”. It looks like Rodriguez has something under his sleeve to tackle Ortega’s superior ground game and submission threat.

However, it would be extremely difficult to stick to one plan against Ortega’s world-class Jiu-Jutsu skills as someone as great as the UFC featherweight champion Alexander Volkanovski also had to deal with a lot of problems as Brian Ortega almost submitted him twice in their title fight matchup.

Nonetheless, this matchup is expected to be full of violence as both the featherweights are highly skilled fighters with great all round abilities.