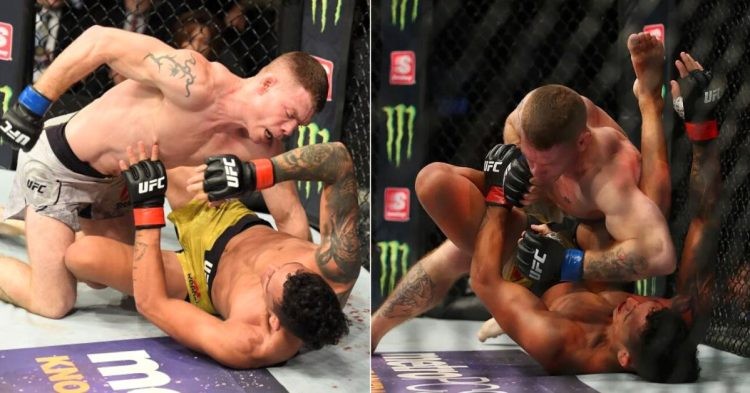 Paul Felder was the last man to defeat Charles ‘Do Bronx’ Oliveira inside the Octagon. Felder finished Oliviera late in round two back in 2017 at UFC 218. Since then Oliveira has been on this incredible run, fighting eleven times in the last four years, winning against top lightweight contenders and claiming the lightweight world title.

Paul Felder now in a recent interview with Brett Okamoto has shared his thoughts on how the UFC 280 main event could go, he said “I don’t think it’s so much that he cares, but he’s got to be careful at least of it. He’s got to be a little bit more reserved because Makhachev can smother you, he can drown you out there with his pressure.”

Felder further added, “He’s so strong and I think he’s gonna do a good job of avoiding a lot of the submissions but Charles is just non-stop with that kind of stuff, when he’s on the ground he’s rolling constantly I’ve been in there with the guy, he’s on your leg, he’s looking for a heel, he’s doing calf slicers he’s got your arm, he constantly keeps you uneasy but I don’t think he wants to spend the whole fight doing that, that’s grueling, that wears you out.”

Oliveira without a doubt is one of the best grapplers in the entire UFC roaster. He never shies away from taking the fight to the ground, the way he submitted Justin Gaethje and Dustin Poirier in his last two fights speak volumes about his BJJ credentials. But it would be interesting to see how confident Oliveira will be in taking this fight to the ground. Makhachev’s ‘Sambo’ style wrestling is his biggest asset and hence Oliveira might decide to make this a standup contest.

Charles Oliveira suffered a TKO via elbow strike in the fight against Paul Felder, which took place at UFC 218 in Detroit, Michigan. Back in 2017, Paul Felder was a top prospect in the UFC lightweight division. While Charles Oliveira was moving up a weight class, fighting for the first time in the lightweight division. Oliveira himself accepted how the loss against Felder changed his career trajectory, he said “So I started to bulletproof my mind, started to work out more. I told the team that I had to become stronger, that I had to be stronger. My history changed, because I said, ‘I have to be strong as well. I have to hit hard as well.’ Otherwise, I’ll end up just getting my a** kicked.”

Oliveira has been unstoppable since that loss, being insanely active and getting his hands on the world lightweight title, and defending it twice. Oliveira’s grappling was always on another level but the way he has improved his striking game has surprised many. Standing toe-to-toe against the best strikers in the world in Gaethje and Oliveira and outclassing them on many occasions. Islam Makhachev isn’t an easy fight for Oliveira stylistically,  and hence a victory against him could see Oliveira getting the GOAT status in the lightweight division.