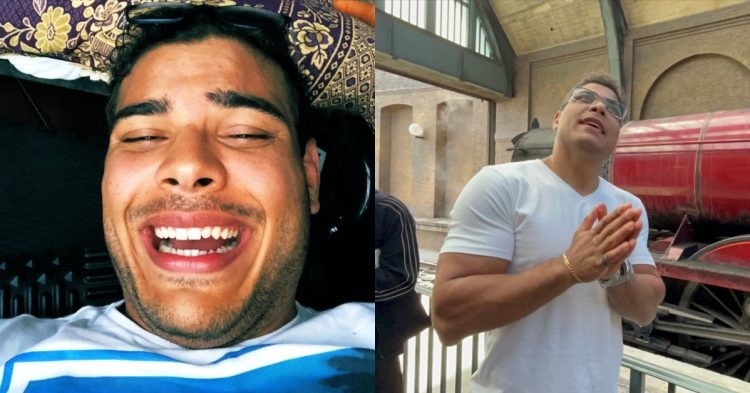 Paulo Costa reacts to his arrest. (images via Twitter)

The news came out yesterday that UFC middleweight fighter Paulo Costa was detained by the Brazilian police. As per the report, he went to a vaccination centre for a COVID-19 jab. But he refused to go through it later and allegedly elbowed a nurse on his way out.

The authorities confirmed the story in an official statement. But it was unclear whether Costa was still under custody or not. Now it seems like he is not in detention anymore as Paulo posted a bunch of memes on his social media platforms to make fun of the situation.

He posted several memes across his Instagram and Twitter handles. Lately, Costa has developed an interesting online personality. He often posts memes that make fun of himself and the self-deprecating nature of his sense of humour has won over the netizens. The 31-year-old used the same tactic to handle his latest trouble with the law as well.

Borrachinha posted a photoshopped picture of himself alongside Jorge Masvidal that had ‘PRISON BREAK’ on the front of it. He of course was referring to Jorge Masvidal’s recent arrest when he allegedly assaulted Colby Covington at a Miami steak house.

After that, he posted a picture of a man crying while receiving an injection. He was taking a dig at the reports of him denying to get vaccinated.

Here is his post on Twitter where he mocked the situation and claimed to know how to self-vaccinate.

I know how to do my fuck self vacination , if you want to do come and bring your card please pic.twitter.com/DXCReJmdEH

What is next for Paulo Costa?

Despite all the silliness and memes, Paulo Costa will be happy to put this whole fiasco behind him. However, it is unknown at the moment whether there will be any further legal actions or not.

As announced earlier, Paulo Costa and Luke Rockhold are set to face each other inside the Octagon at UFC 277 next month. After suffering two back to back losses against the champion Israel Adesanya and Marvin Vettori, Costa needs the win desperately to get his career back on track.

On his way to the top of the division, Paulo Costa was famous for his high-octane fighting style. His brawl against Yoel Romero on the main card of UFC 241 is what earned him the title shot against Adesanya at UFC 253. Hence, in order to regain his lost momentum, Costa needs to go back to his roots of being a dynamic striker.

In his bouts against Israel and Marvin, Costa was uncharacteristically cautious. However, that is not his natural fighting style. Paulo is an aggressive striker who breaks down his opponents with constant pressure. Can he replicate the same against Luke Rockhold at UFC 277? Only time will tell.