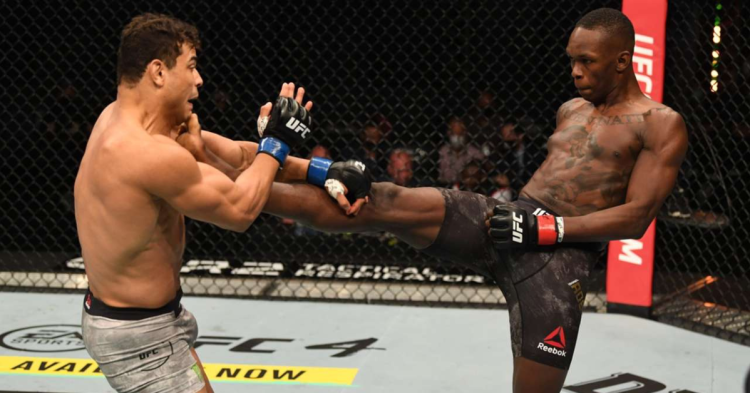 “Adesanya put on a clinic. He absolutely dismantled him.” Dana White said in the post-fight press conference all the while stating his confusion over why Paulo Costa fought the way he did against Israel Adesanya. The Stylebender stuck to his words as he defended his title belt for the second time inside the UFC octagon with a stoppage victory over undefeated Paulo Costa.

Paulo Costa did not appear in the post-fight interview and released a statement on Instagram. “I will come back stronger.” He said.

In a rather disappointing performance from Paulo Costa, Israel Adesanya absolutely dominated Costa, taking almost zero damage to finish the fight. Adesanya was able to land brutal leg kicks, and followed it up with great punching and distance control to seal the deal in his second title defense. After a lackluster performance against Yoel Romero at UFC 248, Adesanya had a lot to prove going into this fight against Costa. However, he stood up on his words with the emphatic victory. In the process, Adesanya also handed Costa his first loss inside the octagon.

Dana White says he can't work out why Paulo Costa fought Israel Adesanya the way he did.

“So much for fight of the year but domination of the year. It was weird because if you look at every other fight that Costa he has had, he comes out and goes after them like they own him money or something. I think he landed one jab in this fight. Didn’t try to clinch in the fence, didn’t try to out pressure, kept going back to the center of the octagon, it was weird.” “I have no idea, but no matter what it was, Adesanya put on a clinic. I mean the first three calf kicks busted up his legs and then he hit him right on the side of the knee, then a hin to the eye absolutely dismantled him and he easily won the fight.” White said.

Speaking about Israel Adesanya’s next opponent, Dana White agreed to the choice of Jared Cannonier and welcomes the idea of a possible match-up.

“I love that about Israel. He is ready for who is next. Who is ready to beat me? The kid is a stud.” White added.