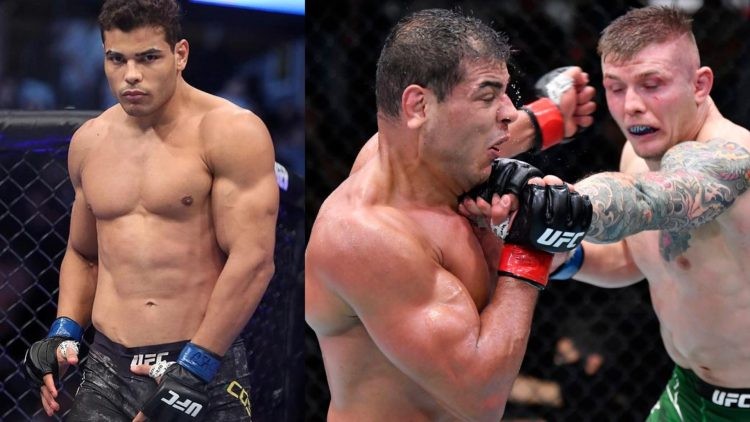 Paulo Costa is one of the most exciting fighters on the UFC roster and he proved that in his last fight at UFC 278 against Luke Rockhold. It was a bizarre fight as both fighters gassed out after the first round with Luke Rockhold looking exhausted throughout the fight.

However, it was still one of the most entertaining fights of the year. And following the fight, fans were intrigued about whether Paulo Costa will sign a new contract in UFC.

Well, it turns out that Costa still has one fight left in his current UFC contract. So he might have to fight one more time before he gets a new contract.

The former number one title contender, Paulo Costa has expressed his frustration with UFC fighter pay in the past. And in a recent interview with Ariel Helwani, Paulo Costa shared some new details about his UFC contract that will shock MMA fans.

“I really believe it’s not just for me, it’s for everybody. I’m on a high, high level, fighting the best of this division and my contract is too old. When I fought Marvin Vettori, I got $35,000. $35,000. For this one was a couple more, a couple more, I got the win bonus, and because when I fought Marvin Vettori, I got a 20% reduction.”– Paulo Costa said talking about how much money he makes from his UFC fights

Why did Paulo Costa earn only $35,000 for the Marvin Vettori fight?

There was a lot of drama going into the fight between Paulo Costa and Marvin Vettori. Costa could not make weight for the middleweight division, which forced UFC to reschedule the fight in the light heavyweight division.

Paulo Costa weighed in at 204.5 lbs and forfeited 20% of his fight purse to Marvin Vettori. That fight ended up being one of the most entertaining fights in Costa’s career but he lost the fight and the win bonus via decision.

During his interview with Ariel Helwani, Paulo Costa admitted that all these circumstances reduced his fight purse significantly to $35,000. He also said that for the win over Luke Rockhold at UFC 278 he earned way more money than in his last fight.

However, a former title challenger and a top-ranked fighter in the division earning $35,000 has certainly raised concern among the fans.

Costa has already made it clear that he is not afraid to explore free agency if UFC does not offer him a better contract soon.