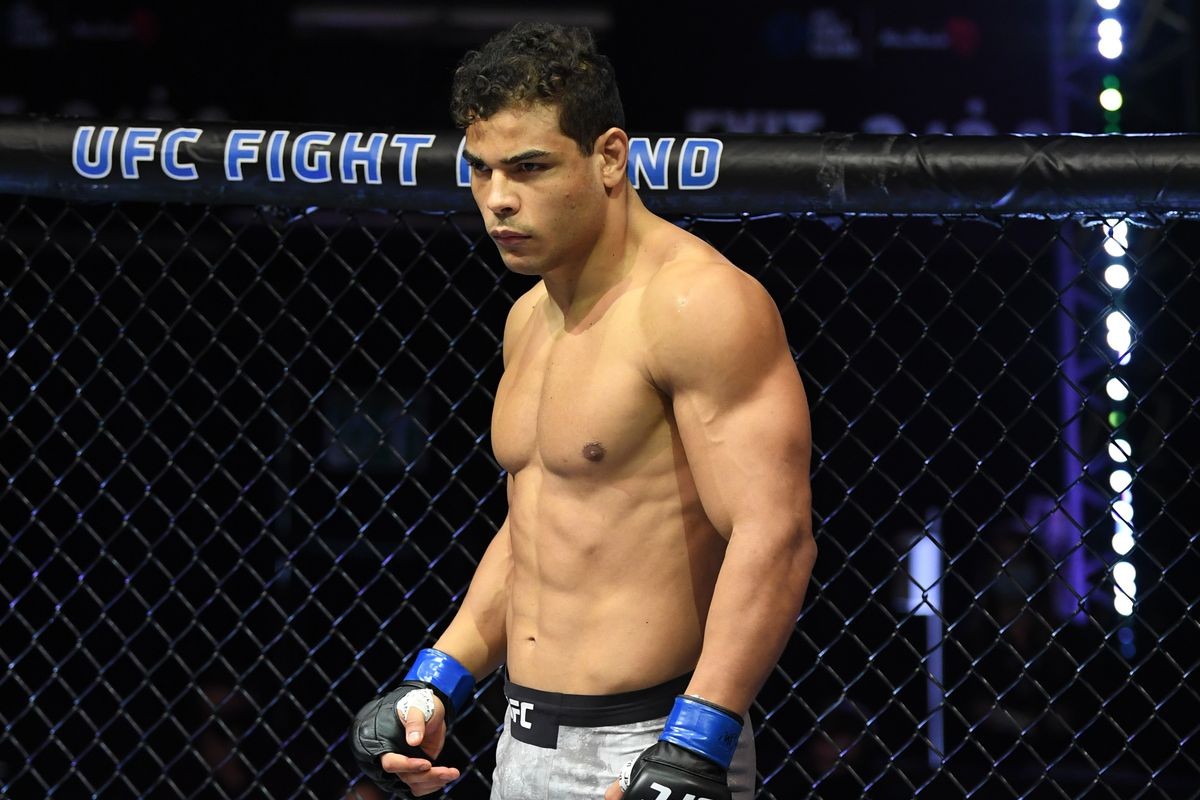 Paulo Costa had taken the UFC by storm after making his debut in 2017. In a short span of two years after his debut, the Brazilian fighter picked up impressive wins over top middleweights like Uriah Hall, Yoel Romero and Johny Hendricks. The Eraser dominated the middleweight division with his sheer aggression and striking.

However, the middleweight title contender also had his fair share of up’s and downs in the UFC. For example, his recent loss against Adesanya for the title, steroid allegations, controversy with Dana White regarding fighter pay.

Although let us keep aside his controversies and success in MMA and take a look at some of the songs that the Brazilian fighter has walked out to in his UFC career.

Paulo Costa walked out to this song named 2026 composed by Brazilian pop & reggae band Lagum for his fight against Johny Hendricks at UFC 217. This song is fairly popular in South America and has nearly 2 lakh views on YouTube.

Speaking about the fight, The Eraser dominated Hendricks and went on to knock him out in an emphatic fashion in the second round of this main card clash.

Both Paulo Costa and Uriah Hall were trying to climb the middleweight ranks with the ambition of winning the UFC Middleweight title. Subsequently, the two fighters had to cross paths against each other at UFC 226.

For this fight, The Borrachinha walked out to the popular song named How Deep Is Your Love by Calvin Harris. At that time, this song was on the top charts and it garnered 146 crore views on YouTube. Costa and Hall traded big strikes in the initial round of the fight. However, it was the Brazilian fighter who won the fight via knockout in the second round.

The Eraser and The Last Stylebender were the only two middleweight’s in the division with undefeated streaks before their faceoff. Subsequently, Costa earned an opportunity for the middleweight title for his impressive performances in the past against Adesanya at UFC 253.

The build-up of this fight was filled with intense trash talk from both sides which grabbed the attention of fight fans around the world. Another reason why fans were looking forward to this matchup was that one fighter would lose their winning streak.

On the day of this high profile clash, Paulo Costa chose to walk out to this popular upbeat Portuguese song called ‘Divisa De Fogo’ by Grupo Fogo no pe. The title of the song means God of Fire and several people sitting at home loved this Latin American song.

However, the result didn’t go Costa’s way as he suffered his first UFC career loss against the Last Stylebender. Israel Adesanya successfully defended his belt as he dominated and won this fight via TKO in the second round. Following this loss, Paulo is yet to fight in the promotion. So fans are highly excited for his return and they will also be curious to watch Costa’s next walkout song.