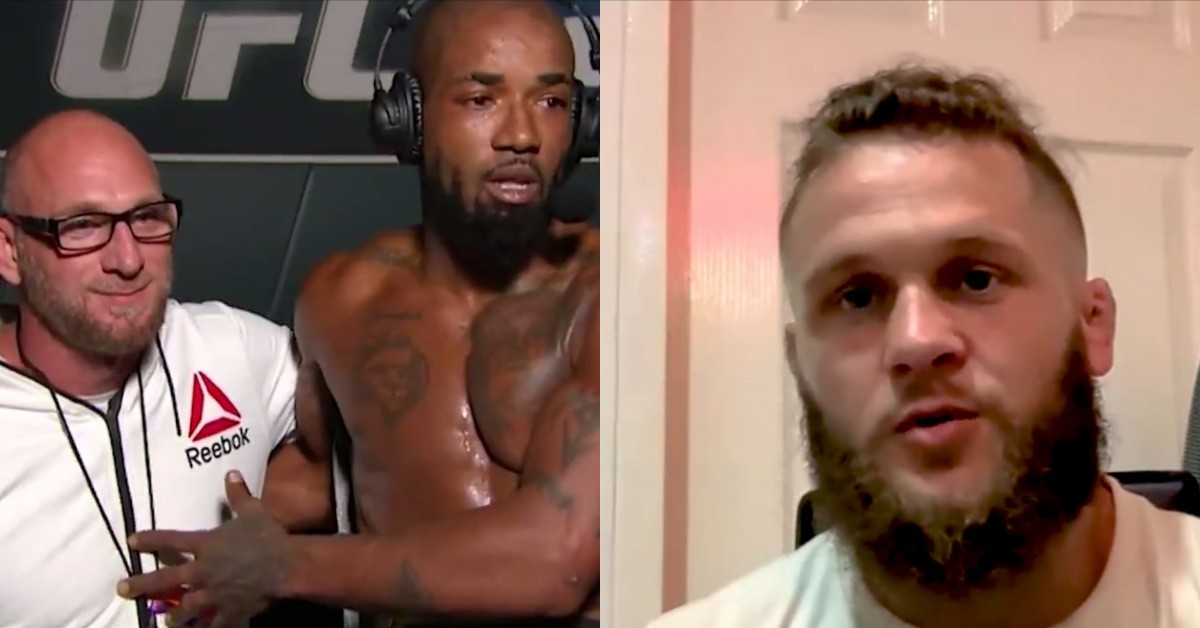 Rafael Fiziev is not happy with Bobby Green and his coaching staff! During their appearance on the ‘Joe Rogan Experience,’ Green and his coach accused Fiziev of taking banned performance-enhancing drugs. In a recent interview with Submission Radio, Rafael completely rubbished the claims and added that he will “slap” Green’s coach if he ever comes across him again.

Since losing to Magomed Mustafaev on his UFC debut, Rafael Fiziev has won 5 fights in a row. Before beating Brad Riddell in his last fight, Fiziev earned a unanimous victory over Bobby Green at UFC 265. It was an entertaining back and forth contest which was awarded ‘Fight of the Night.’ Both competitors shook hands in the Octagon, but things stirred up later.

Bobby Green’s coach Jacob Benny had a few harsh things to say. He claimed both Rafael Fiziev and Petr Yan are on PEDs. During his interview with the Australian outlet, the Kyrgyzstani fighter responded to the accusations. He called Green a “salty ex” and stated he has lost all the respect that he had for Bobby. As for his coach Benny, Fiziev said,

“I don’t see him, I don’t know him, he lie about me. He is saying some his friend or his student go and ask me like about staff infection and I start to him like, ‘Oh you need to and buy steroids.’ Go to f**k yourself. Sure, for sure if I see his coach in the life, in the real (life), I’m slap him. I’m slap him. I don’t talk with him, I just come in slap him like my b***h you know.”

UFC conducts a thorough doping test via USADA. Hence, claims from Green’s coach are only his personal opinions. Fiziev’s fight against Bobby Green happened in 2021. If Rafael was actually on any kind of PEDs, he would have been caught by now.

Rafael Fiziev currently occupies the no. 10 ranking in the UFC lightweight division. He will have the opportunity to move up the rankings this July. He takes on Rafael Dos Anjos who is ranked 7th in the division. The bout was scheduled for last March. However, Fiziev tested positive for covid, which resulted in the delay.

Rafael Dos Anjos vs Rafael Fiziev is locked in for July 10! pic.twitter.com/sQNaxaYxCd

The 29-year old is one of the most exciting prospects in the lightweight division. In only 5 fights, Fiziev has earned 4 post-fight bonuses. He does need totighten up his ground game a bit. Rafael is currently a blue belt under Bruninho Barbosa. If he can improve his grappling skills going forward, Fiziev will be a future title contender for sure. But he has to go through RDA and the outcome of that fight will give an indication of where Fiziev is in his development.