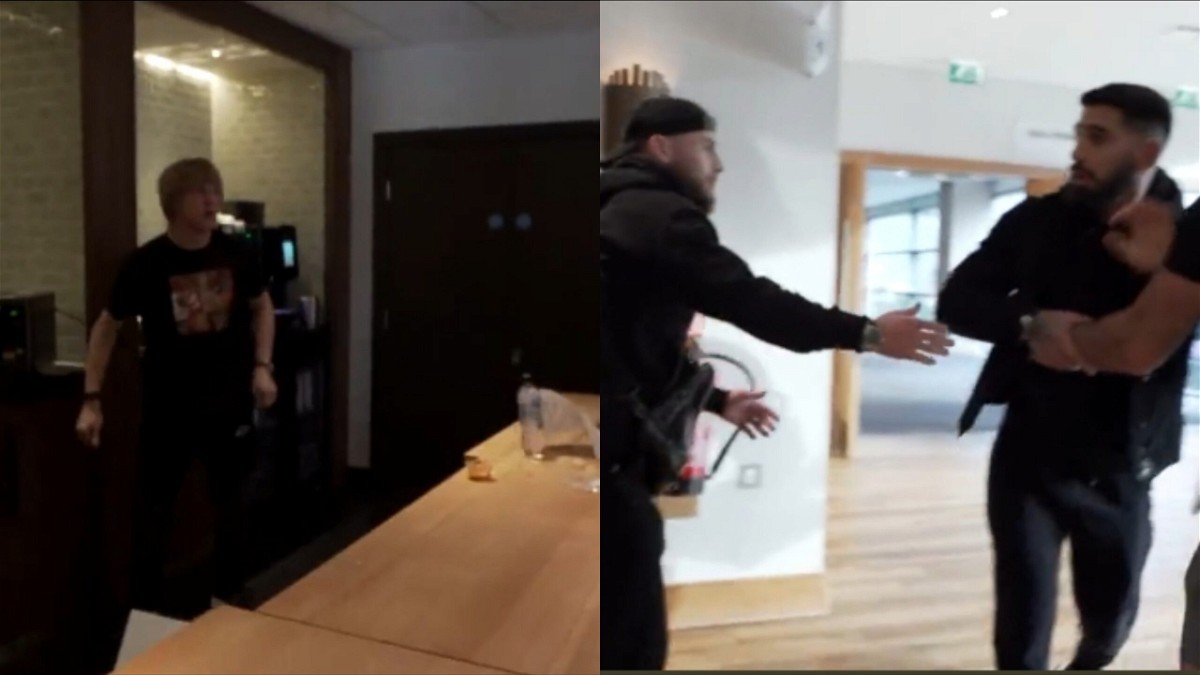 UFC lightweight fighters Paddy Pimblett and Ilia Topuria were involved in a scuffle during a UFC obligation yesterday in London.

Nicknamed ‘The Baddy‘, unranked Paddy will fight Rodrigo Vargas this Saturday in the undercard of Alexander Volkov vs Tom Aspinall. Topuria is also scheduled for a bout in the same card. He will face Jai Herbert in the very first fight of the night.

Both fighters were present at an event yesterday where they came face to face. After a very few exchanges of words, Paddy seemed to have thrown a bottle of hand sanitiser at Ilia. However, things did not get out of hand as the fight was broken up very quickly.

Why did Paddy Pimblett and Ilia Topuria come to blows?

After the incident, Ilia Topuria took to Twitter to explain why they almost got into a fight. He claimed that Pimblett apparently disrespected Topuria’s country Georgia. The 25-year old undefeated fighter wrote,

I warned you! This is what happens when you disrespect me and my country! You saw me and wanted to greet me because you shit your pants… and you should thank my team because of it wasn’t for them separating me, I would have taken your head off. @theufcbaddy ???? pic.twitter.com/PEdPRNGH5n

Paddy Pimblett did not stay quiet either. According to his side of the story, Ilia Topuria and he had an altercation a while ago. Yesterday, Topuria tried to provoke the Liverpool native and hence, Pimblett had such an extreme reaction.

He wanted to act hard a few months ago then tried to act the big bollocks today an got hand sanitiser bounced off his head ????????????

He also added, that there were six members of Topuria’s team present in the scene while he was out there on his own. In the video, Ilia could be seen held back by a few of his teammates.

Both fighters will be in action in two days and will be favourites to win their respective contests. It will not be surprising to see Topuria calling out Paddy for a fight after a possible win over Jai Herbert at UFC Fight Night London.