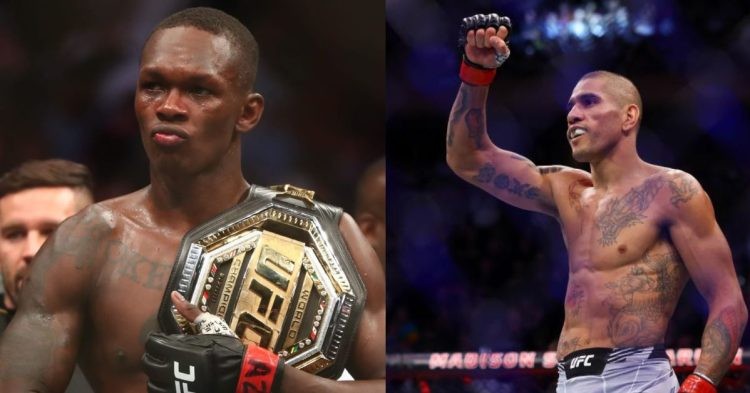 The Current Middleweight Champion Israel ‘The Last Stylebender’ Adesanya is all set to take on his biggest rival Alex ‘Poatan’ Periera at UFC 281 on November 12.

It will be the first time that we see them square off against each other in an MMA contest. Worth mentioning that these two have already fought twice in a Kickboxing contest with Periera emerging victorious in both of those fights. And in some fashion in the second fight by Knocking Adesanya out in the third round. That till date is the only time he has been knocked out in his entire fighting career.

Now in an official trailer released by Adesanya himself promoting the fight, he says “When I fought him right, I thought I won the first fight and the second fight was honestly on skates, referee saved his ass because I was about to drop him. And the third round he comes out and knocks me out in his own country, that’s a beautiful story for him but, I’m still here”

Adesanya is slowly building his case as the greatest middleweight in UFC history with wins over Jared Cannonier, Robert Whittaker (twice), Marvin Vettori (twice), Paulo Costa, Yoel Romero, Kelvin Gastelum, and Anderson Silva. While Pereira entered UFC 276 unranked and leapfrogged the division by Knocking out Sean Strickland inside just one round.

Periera made a bold prediction ahead of his title fight saying Adesanya “won’t make five rounds” against him.

While speaking to some Brazilian MMA Fighters, Pereira revealed a little bit about his game plan to trouble Adesanya. It should come as no surprise that “Poatan” is promising another knockout, but what is interesting is Pereira’s insight into his actual strategy. “I can tell you that it will be impossible for him not to engage, if he’s within my reach I will hurt him,” Pereira said. “And five rounds he won’t make it, five rounds? And I come close, you can see in the fights that I come close, I have a very good defense. He will want to attack or counterattack, but I can hurt him with my defense too”.

Periera has a 3-0 record in the UFC, finishing two of them. Many believe he’s the most ferocious fighter to come in the game in a long time. Adesanya on the other hand has been criticized for lackluster performance. In his five title defenses, Adesanya has only secured one KO victory and that possibly was his best performance inside the octagon Knocking out Paulo Costa in under two rounds. His last three title defenses haven’t impressed the fans. It’s for sure that Adesanya needs to ramp up his aggression in order to find success against Pereira, that in turn guarantees a highly entertaining fight for the fans.