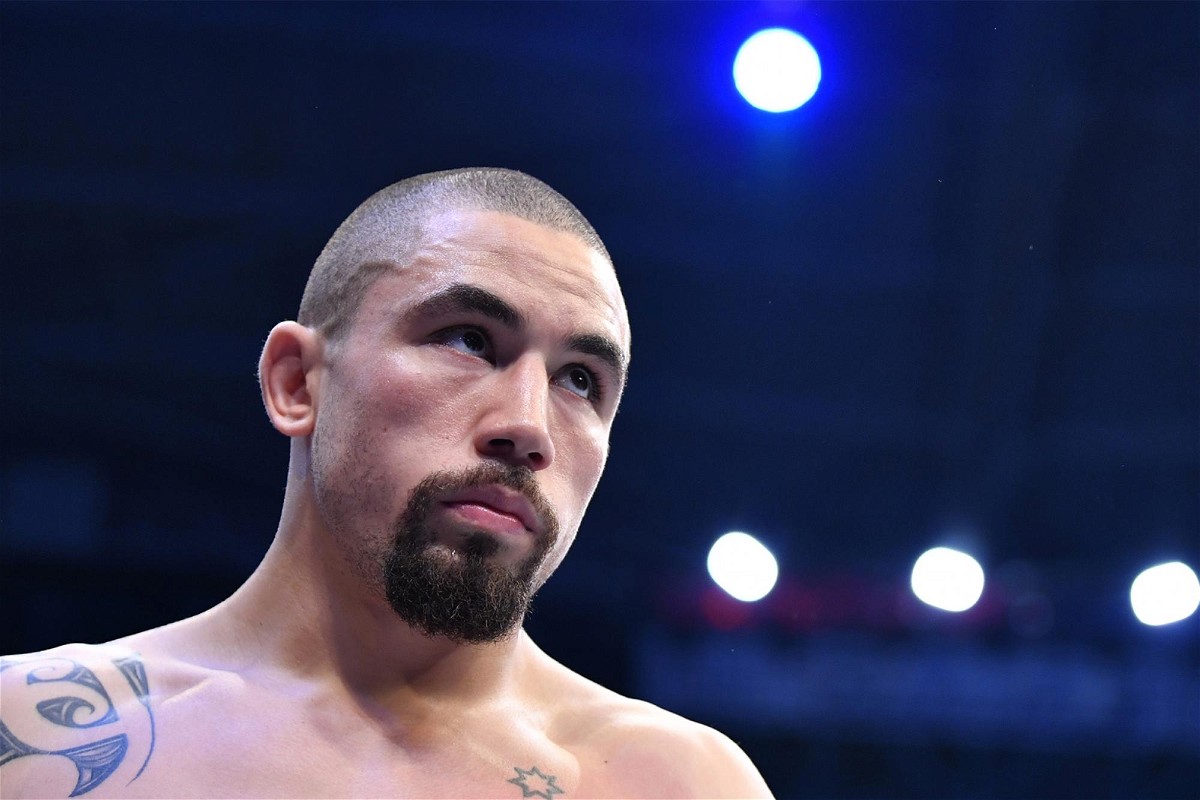 Fight fans are getting super excited over Robert Whittaker’s latest tweet. Whittaker recently shared a picture of him on his official Twitter account. It was a picture of ‘ Bobby Knuckles’ posing for the camera after a training session. Whittaker captioned the picture by saying that he might get skinnier in the near future.

Is Bobby Knuckles hinting at a return to welterweight?

How would he get on at 170lbs? pic.twitter.com/xSGygkKeql

It’s hard to consider something from a single post but the majority of fight fans believe that it might be an indication for the future. Rob might be thinking about cutting down weight and moving down to the welterweight division.

It’s not something very unusual to believe as Whittaker in his early career as a welterweight. He fought welterweight, Brad Scott in his UFC debut back in 2012 at UFC on FX 6. After two years in UFC, the fighter decided to move up and he fought Clint Hester in his first-ever middleweight bout.

Since then Whittaker was unstoppable and he ran through every other fighter in the division. In 2018, he got promoted as the Middleweight champion when Georges St-Pierre vacated the belt.

Is going back to the welterweight a good decision for Robert Whittaker?

Whittaker moving down to the welterweight division does make sense for his professional career. He was doing just fine before he met Israel Adesanya at UFC 243 where he got absolutely dominated and lost his belt. After that, he put on the work and made a comeback, and won three fights in a row.

It helped him to get his title rematch against Adesanya at UFC 271. Even though Whittaker had improved a lot and put forward a way better performance this time, it wasn’t enough to dethrone the ‘Last Stylebender’ from his crown.

Currently, at the Middleweight division, there is nothing much to do for the fighter. He is the #1 in the division but might not get his title shot anytime soon. Even Adesanya revealed that he is looking for new challenges and currently has no interest in a trilogy with Whittaker.

In this scenario, it’s a good option for Whittaker to get down to 170 lbs and fight. In the welterweight division, there are many fighters that might be interesting for Whittaker to fight. At the same time, for MMA fans it will be exciting to see such change.