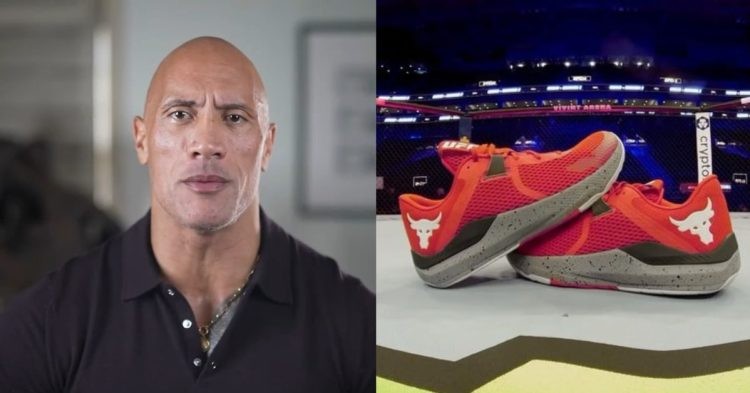 It seems like Dwayne ‘The Rock’ Johnson is winning over the UFC roster. DJ launched his own footwear brand a year ago and it soon became a fan favourite. But the brand got even more exposure in January of 2022 when it announced its partnership with the UFC.

Not only did The Rock provide the fighters with some luxury and comfortable footwear, but he also gave the fighters an opportunity to speak their mind about the brand. Recently Dwayne took to Instagram to share his thoughts on MMA as a sport and stated that no other sport is even comparable to it.

It also featured stars like heavyweight champ Francis Ngannou, Colby Covington and Alexander Volkanovski. Ngannou was the first one to speak in the video. He called Johnson a source of inspiration who pushed him to achieve his dreams in life.

Volkanovski expressed his gratefulness to The 50-year-old actor for giving them the platform to showcase their hard work. Being associated with the actor boosts the UFC brand value by a lot and Colby Covington pointed it out.

“To have his name stamped on UFC and his logo on our shoes, is a big deal,” said Covington.

Colby’s arch-rival, Jorge Masvidal had this to say about Project Rock, “Check this out real quick. Dwayne, thank you, my brother.”

Fighters like Tom Aspinall, Brandon Moreno and Aljamain Sterling also took the chance to thank The Rock for associating his name with the UFC and making comfortable shoes.

The Rock is a long-time fan of MMA and UFC

To call Dwayne Johnson a fan of MMA is an understatement. The Rock has been a long-time admirer of the sport and UFC in particular. Dwayne is often spotted watching various UFC events. Very recently, DJ was doing an Instagram live during the UFC 274 PPV. While he was interacting with his audience, Michael Chandler landed the famous kick which knocked out Tony Ferguson.

The Rock’s reaction was priceless. The fans will also remember his involvement during the UFC 244 fight week. The particular PPV was memorable as it featured Jorge Masvidal and Nate Diaz in the main event for the BMF belt. The Rock was handed the responsibility to unveil the belt and wrap it around the winner’s waist.

During fight week, The Rock also announced that he will be making a biopic of MMA legend Mark Kerr. So it proves that The Rock has been following the sport for a long-time and is well versed in the history of the sport.

The Rock himself was involved in professional wrestling with the WWE before finding his footing in Hollywood. So he is certainly aware of the hardships that the athletes go through to make it in the world of combat sports.