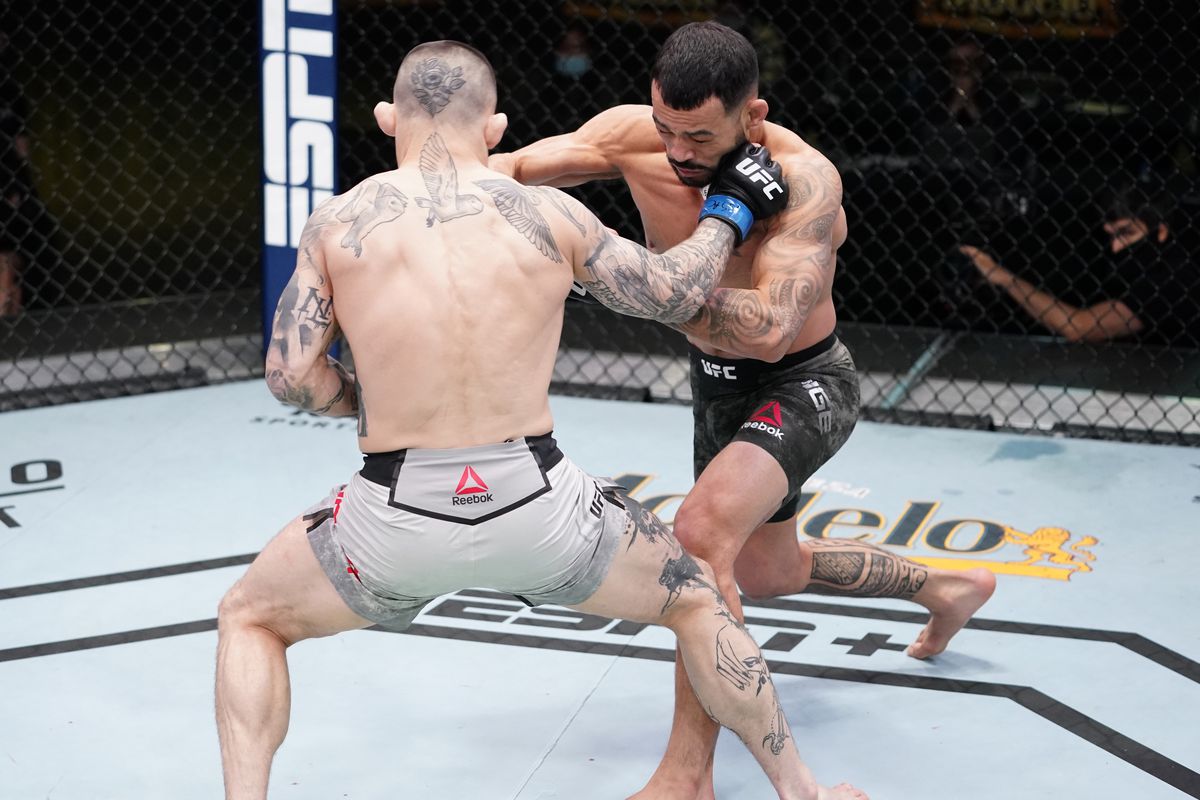 What a FIGHT! UFC featherweight Dan Ige just secured the 6th fastest knockout in the history of the division against Gavin Tucker. The fight lasted for only 22 seconds and the fighter engaged for a very short amount of time.

Yet, that was enough for Dan Ige to land one of his dynamite and knock out Gavin Tucker. This fight just goes to show the level of talent the UFC featherweight division has.

Dan Ige was coming into this fight after a loss to Calvin Kattar. Though Ige won one or maybe a couple of rounds against Kattar it was not one of his best performances. Calvin Kattar secured a flawless victory over Dan Ige. But Kattar got battered when he took on the former champion Max Holloway.

Max Holloway completely shut down Calvin Kattar, who was believed to be one of the best boxers in UFC. And if we look above Max Holloway, the champion, Alexander Volkanovski sits comfortably on the top with two wins over Max Holloway.

Another UFC fight ends with an illegal knee, Eryk Anders vs Darren Stewart ends in No contest

After the knockout win at UFC Vegas 21, Ige called out The Korean Zombie, who lost his last fight to Brian Ortega. Zombie got outclassed by Ortega throughout the five rounds. However, before that fight, he had some momentum in his favor with some huge wins over Frankie Edgar and Renato Carneiro.

If we look at the rankings and the entire scenario at featherweight then this fight makes a lot of sense. However, The Korean Zombie might take a long layoff after the loss to Ortega before he makes an octagon return. Though Ige had a quick night at the office at UFC Vegas 21 he might want to take some time off as he and his wife are expecting a baby in the near future. But, Ige vs Zombie is certainly a fight fans would love to see in the featherweight division.