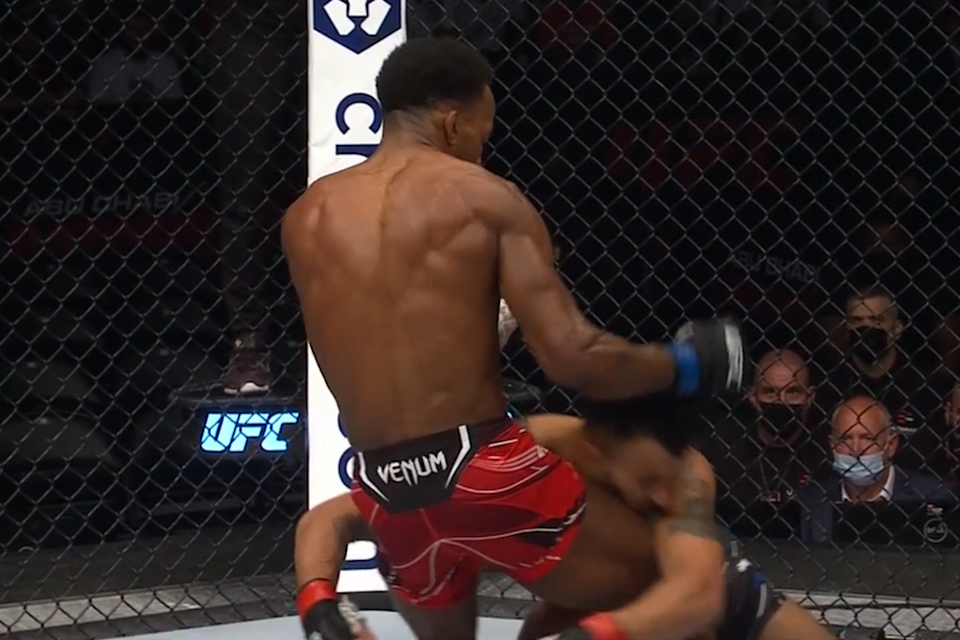 UFC 267 is easily one of the most stacked cards of the year if not the most stacked. It has two huge title fights, one exciting lightweight showdown between Islam Makhachev and Dan Hooker. But, the prelims of UFC 267 is full of thrillers as well. And so far it has delivered as advertised.

UFC featherweight, Lerone Murphy took on a veteran of the division, Makwan Amirkhani in the prelims of UFC 267. And the fight shocked the MMA world as Murphy secured a brutal flying knee knockout in round number two.

Lerone Murphy has looked impressive so far in his UFC career with 2 wins and one draw before his fight against Amirkhani. And he was a favorite to win this fight as well.

There were some concerns around the ring as Amirkhani was motionless for a significant amount of time following the brutal knockout. However, he eventually got back up and was examined by the ringside doctors.

With this win, Lerone Murphy has extended his winning streak to 11 fights and put the featherweight division on notice. It’s very likely that Murphy will get a fight against a ranked opponent following UFC 267.

On the other hand, this was the third consecutive loss for Makwan Amirkhani who suffered decision losses in his last two fights. In his last 5 fights, Amirkhani has only managed to win once and the loss at UFC 267 certainly raises concern about his UFC career.

Why Did Bruce Buffer Miss UFC 267 after a 25 Years Streak of Announcing UFC PPV’s?