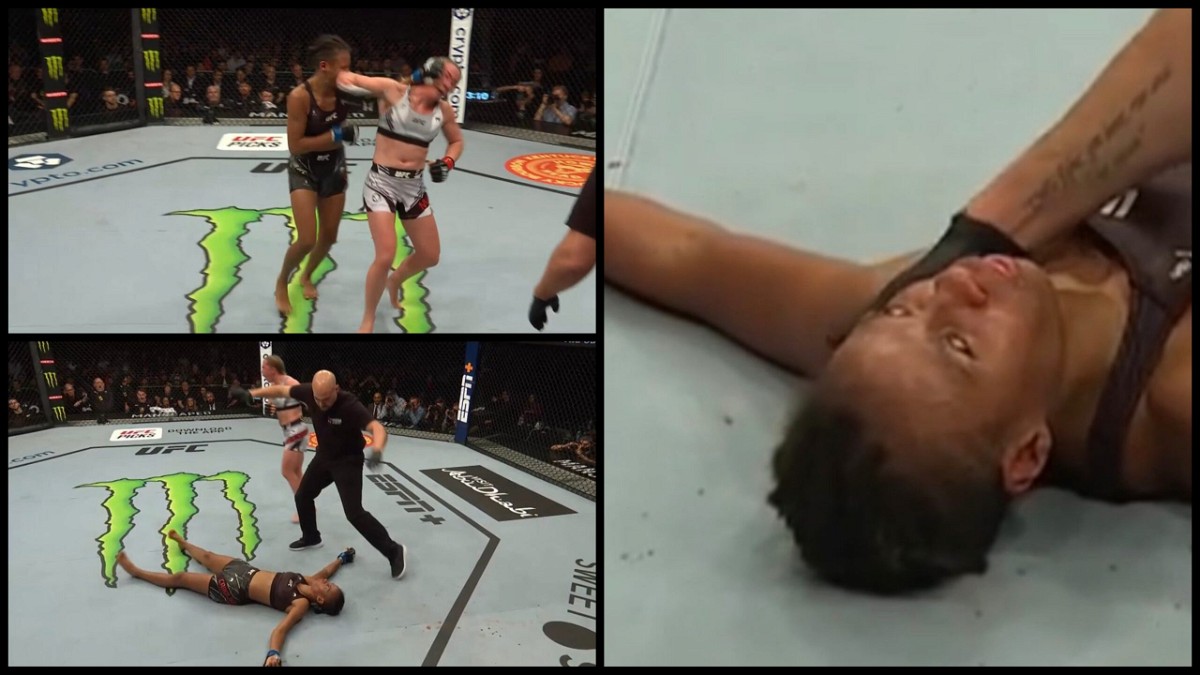 Molly McCann just lit up the O2 Arena in London with a brutal spinning elbow knock out of her opponent Luana Carolina.

The Scouser took on the Brazilian moments ago at UFC Fight Night London. The home fighter started off the fight in an ultra-aggressive manner. From the moment the referee gave hid word, McCann ran straight to the middle of the Octagon.

She never allowed her opponent to get settled into her rhythm. Molly just kept spamming her with quick punches that made it hard for Luana to get her offence going. The ‘Meatball’ came close to finishing Luana in the first round itself.

However, the 28-year old managed to evade Molly’s offence and survive the first round. But not much changed in the second round either. Although Luana did not suffer the same punishment, Molly just established her dominance even further.

“LIVERPOOL THAT ONE IS FOR YOU!”

The finish came in the final round, just when it seemed that the fight was heading towards a judges’ decision. But in a matter of a moment, Carolina was on the mat, unconscious. Molly snuck in a beautiful spinning elbow while Luana lunged forward for a punch. The finish came at 01:52 of the third round.

What is next for Molly McCann after a brutal KO victory at UFC Fight Night London?

Molly McCann just picked up her second victory in a row. After such an astonishing victory, it will be interesting to see whether she can break into the top 15 of the women’s flyweight division or not.

That KO of the Year contender feeling ????

She has had a very up and down run in the UFC so far. The 31-year old had 5 wins and 3 defeats in her UFC career so far. However, with a few more wins, it will be interesting to see if she’s anywhere near the title picture or not.

The champ Valentina Shevchenko is running out of new opponents to fight. Hence, she may just be the fresh blood that the division needs. Molly may find herself in the title scenario earlier than expected if she can keep up the momentum.