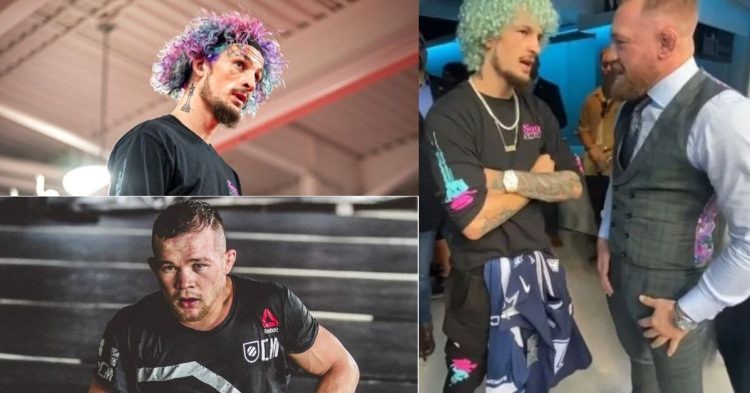 Sean O’Malley takes on the biggest challenge of his career later this month when he takes on the #1 bantamweight contender Petr Yan on the main card of UFC 280 in Abu Dhabi. Fans are calling it a huge mistake by O’Malley, who by the way, as he should be, is quite confident of beating the Russian fighter. How? Speed!

O’Malley is almost a 3-1 underdog, with fans putting their money on Petr Yan to get the job done come UFC 280. But O’Malley believes he might just make it look easy against Yan when they both share the Octagon. And the key to beating a fighter of a caliber like Yan will be O’Malley’s speed which he feels proceeds every other fighter in the division.

Just like Conor McGregor, Sean O’Malley feels he has the speed advantage over the rest of the fighters

During McGregor‘s dominant rise in the UFC’s featherweight division, the one thing that put McGregor apart from other fighters wasn’t just the knockout power that he brought to the Octagon, but also his speed which gave trouble to every fighter he faced inside the cage.

Even today, McGregor would rather choose speed over power and believes in that philosophy. Remember the post-fight Octagon interview after McGregor beat Aldo?

“There is not gonna be any fighter that I ever go into that my speed isn’t going to be my biggest asset. Something I think is gonna play a huge role in the fight. This fight’s no different. I do think Petr will be probably the fastest guy I fought, but I have had really really good training partners.” O’Malley said. “It’s hard sometimes for me to find guys that are quick than me.” He further added.

O’Malley will look to rely on his speed to get the job done at UFC 280. Needless to say, it will be easier said than done against someone like Yan, who has shown time and again why he is arguably one of the best to ever step inside the Octagon.

Moreover, O’Malley is quite proficient on the ground and his BJJ skills are severely underrated. In a three-round fight against someone who likes to start slow and gauge his opponent before breaking them down, O’Malley does seem to have a chance against Petr Yan.