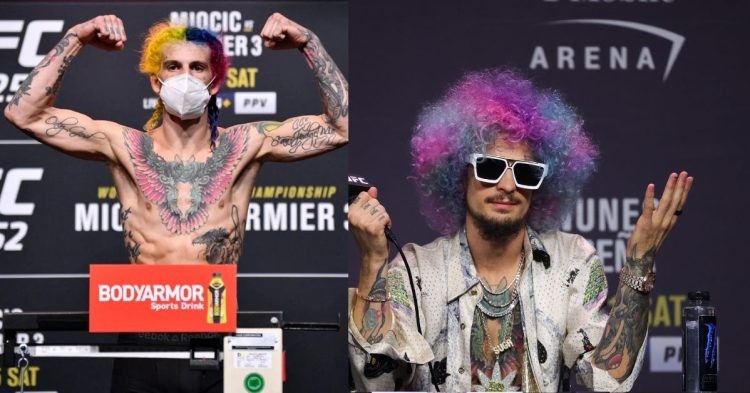 Sean O’Malley is not just any ordinary fighter but a rising star who has immense potential in not only his skill set but to also transcend the sport of Mixed Martial Arts.

He is a polarising figure due to his larger-than-life and brash personality. Till now, he has only suffered defeat once in his entire lifetime. Besides that mishap, his career has been as he likes to call it “Sweet”.

At this month’s UFC 280 pay-per-view, Sean O’Malley will make his comeback, which means it’s time for him to reveal the most recent colour scheme for his distinctively coloured hair.

The young bantamweight has established himself as a standout over time in numerous ways. In addition to being a skilled boxer, O’Malley has drawn attention with his vibrant hairstyle each time he enters the cage.

In his most recent youtube video, he showed his new hair transformation. He stated, “I want to steal headlines every fight week with just my hair. every fight from then has been colourful hair.”

When Sean competes against Petr Yan on UFC 280’s main card, he will face the toughest test of his career thus far. O’Malley will therefore be rewarded with a shot at the crown if he passes his exam with flying colours.

Who is the hair stylist of Sean O’Malley?

Professional hairstylist Danya Gonzalez has an Instagram page that says words about the amazing work she does. She is self-employed and has a large number of well-known people as clientele. She was also his girlfriend at the time.

In Arizona, she owns and operates Hairapy by Danya, a hair consulting and salon. So now you are aware of the source of the bantamweight contender’s eccentric hairdo.

The fact that the pair has mutually decided to be in an open relationship is another intriguing aspect of their connection. Of course, Sean himself broke this news on the Food Truck Diaries last year, but their current relationship status is unknown.

While her career and interest in mixed martial arts have received a lot of attention since she first gained notoriety thanks to Sean O’Malley, nothing is known about her life prior to that. Danya maintains a private existence and uses social media sparingly to discuss her private matters.