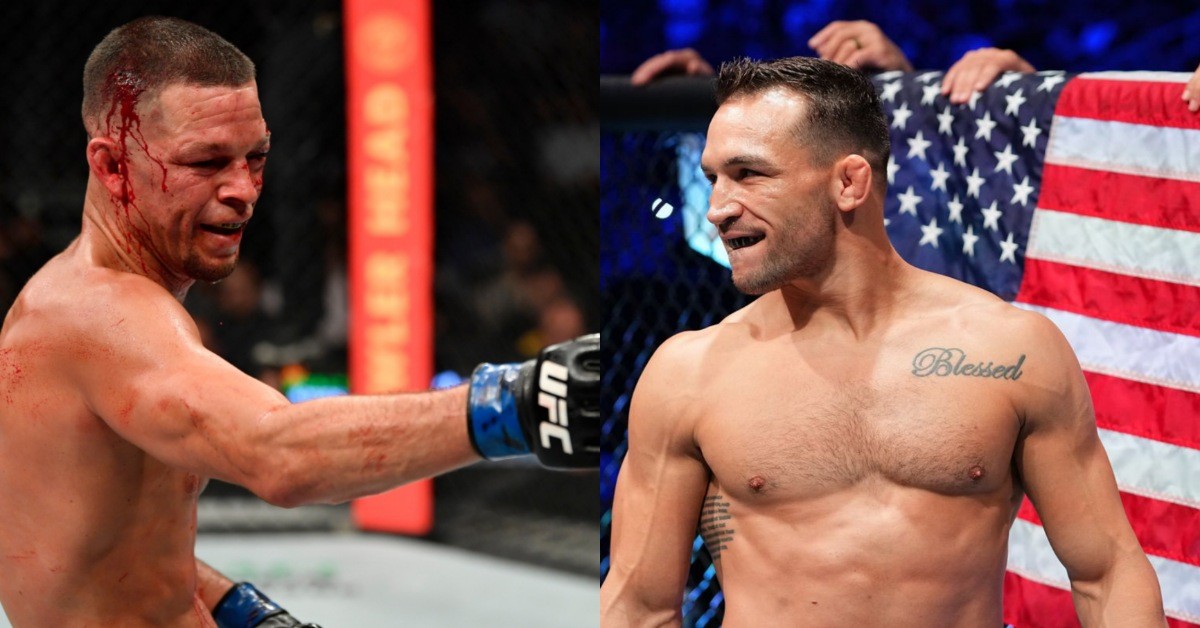 First Conor McGregor and now Nate Diaz, Michael Chandler has two of the biggest superstars in the UFC lining up to fight him! In a Twitter exchange, Diaz revealed that he wants an opponent for his return fight in July. Chandler was quick to throw his name into the mix and Nate seemingly agreed.

Michael Chandler just fought at UFC 274 against Tony Ferguson. During the bout, he produced one of the best knockouts in recent history. He landed a front kick on Tony’s chin out of nowhere and put him to sleep. Following that massive victory over a UFC veteran, Chandler called out Charles Oliveira and Conor McGregor. But now it seems Nate Diaz may just be his next opponent.

The Younger Diaz brother has been very frustrated with UFC’s treatment of him. He wanted to fight Dustin Poirier since the beginning of the year. However, Nate has not heard anything back from the UFC, according to the man himself.

But in a recent tweet, Diaz revealed that he is indeed coming back and he will fight on July 30th. In reply to that, Iron Mike Chandler revealed that he will be more than happy to fight Nate on short notice. Nate accepted the challenge and tweeted,

UFC got me on ice for a year now chandlers obviously ready to fight send a contract it’s time pic.twitter.com/YJBWEu790F

Following UFC 274, Dana White revealed that he is more than willing to let Michael Chandler be the next opponent for Conor McGregor. Hence, Chandler wanting to fight Diaz is very interesting.

However, it may necessarily not be a piece of bad news. Nate Diaz has not won a fight since August of 2019. Usually, fighters with such records get cut from the UFC without much of a fuss. But this is Nate Diaz, one of the biggest superstars in the sport of MMA.

The 37-year-old apparently has only one fight left on his contract. Hence, UFC has a few options for Nate. Recently, in a leaked image from the UFC war room, it was revealed that the company was working on a fight between Diaz and Khamzat Chimaev.

But nothing has been made official. So it leaves room for speculation, about whether the bout will happen at all or not. Diaz turned down the opportunity to fight Khamzat.

Chandler seemingly came out of the fight without much damage. As a result, he will definitely be available to fight in two months. UFC would be foolish if they did not try to make the trilogy fight between Conor McGregor and Nate Diaz. But Conor’s injury makes the fight impossible for the time being. But putting Diaz up against Chandler may be the next best thing.

Chandler has rapidly become a fan favourite. He will certainly be the favourite to get his hand raised against Diaz. If he does manage to beat Nate, that will make a fight between Chandler and Conor McGregor even bigger. Will the UFC take that direction? Only time will tell.