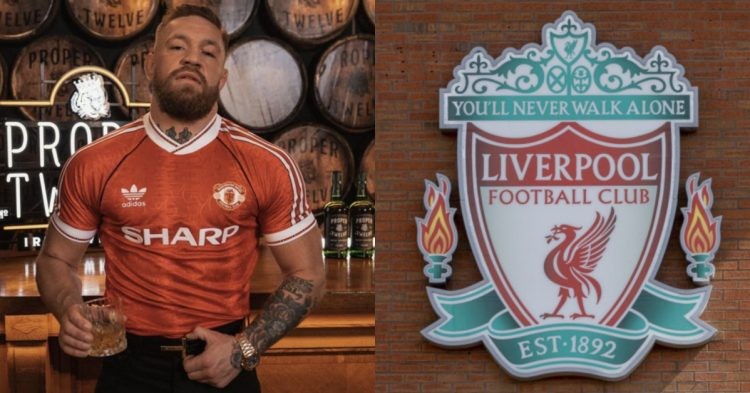 Conor McGregor wants to buy Liverpool Football Club! Recently, reports came out that Fenway Sports Group (FSG) is looking to sell the English Premier League club. FSG bought and took charge of the soccer club in 2010. But after a decade of ownership, they want to part ways with the club and are interested in accepting suitable offers from the bidders to sell the premier league giants.

One of the bidders may just be the first-ever UFC double champ, Conor McGregor. Liverpool fans are extremely unhappy with the lack of investment in the squad for the ongoing 2022-23 season. The team is currently ranked 8th in the domestic league. Out of 13 games, Liverpool only has 5 wins, 4 losses and 4 draws. In such a dire situation, fans turned to Conor for help!

I WOULD LOVE IT! I requested my information on this, yes. Soon as I heard. What a turn of events! What a club! @LFC https://t.co/HD0ELlhKOH

One disgruntled LFC fan wanted the UFC superstar to buy the team at their moment of crisis. It looks like McGregor is more than happy to oblige the fans, as he tweeted out his interest in buying the club. As a matter of fact, he would cherish the opportunity and added that he made inquiries on the matter.

FSG made a terrific investment in 2010 when they bought the club for an estimated $475 million. According to a report from Forbes, LFC is currently valued at $4.45 Billion. On the other hand, Conor is worth $200 million, as per Celebrity Net Worth. So it will be a near-impossible endeavour for him to buy the club on his own.

In a developing story, it looks like Dubai Investors are leading the race to buy Liverpool for a reported amount of $5 Billion. Dubai International Capital previously wanted to buy the club in 2007. Although it did not materialize then, it looks like DIC is firmly in the race to secure the deal with FSG.

Conor McGregor wanting to buy a soccer club is nothing new. In the past, Conor expressed his interest in buying another premier league giant, Manchester United. The Notorious One himself is a lifelong United fan and wanted to buy the soccer club in the last few years. However, his recent interest in buying Liverpool is not going down well with fans.

For fans who are unaware, Manchester United and Liverpool FC are rival soccer clubs and their fans do not see eye to eye. Despite being a Man United fan, Conor praised Liverpool and wants to buy the club. It made riled up the fan base and they slammed the Dublin native.

You support United, so no thanks.

Ain’t you meant to be a manchester united fan….. Ahhhhhh this is why khabib is the GOAT pic.twitter.com/aOnAqSG4uF

At present, Conor McGregor is shooting the remake of the cult-classic movie “Road House.” But he is eager to make his return to the Octagon. However, he will have to go through a standard 6-month period in the USADA testing pool before he can fight. But Conor is confident that he will fight in 2023.

What are your thoughts on Conor McGregor wanting to buy Liverpool FC? Let us know in the comments down below.