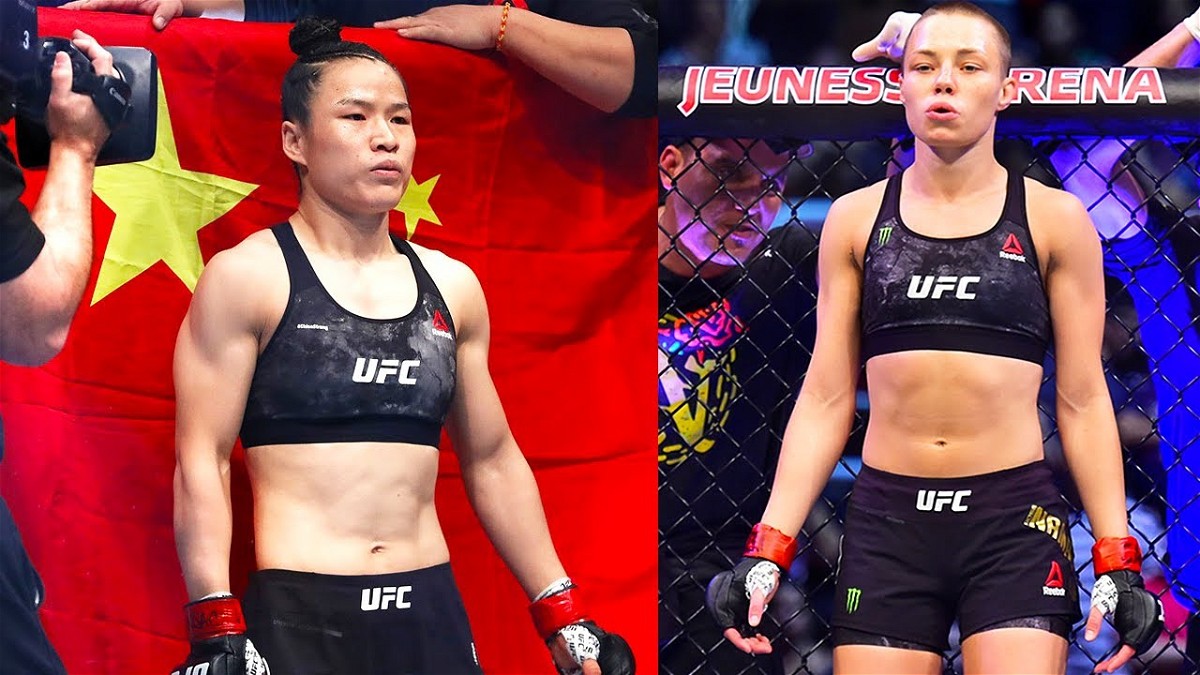 In two weeks, Rose Namajunas will defend her UFC women’s strawweight title in a rematch against Zhang Weili at UFC 268. As a result, fight fans are highly excited for this fight as they are expecting a war between these two fighters on November 6th.

Speaking about their first face-off at UFC 261, Thug Rose knocked Weili out by a head kick to win the strawweight belt for the second time. Consequently, as we lead up to this rematch, a few weeks ago Zhang Weili accused Namajunas in an interview of trying to make her an enemy in front of the people ahead of their first fight.

Following these claims, the Strawweight champion has responded to those accusations in an interview with Ariel Helwani. Rose said that “She can think what she wants to think you know. I don’t fault her for that.

Thug Rose also explained that what she said in the interviews is how she felt at that moment. And if nothing she thought that she would get booed by the fans because of the terrible press and videos. Later she also went on to express her feelings about Weili.

“I’m still waiting for a proper introduction. But obviously, I kicked her in the face so she doesn’t want to be friends no more. But I have nothing but respect for her.”

What happened between Rose Namajunas and Zhang Weili in the build-up of their first fight?

There is no doubt that Rose Namajunas was grateful to Zhang Weili and had great respect for her in the recent interview with Ariel Helwani. However, the two strawweights had great animosity before their first faceoff.

In one of the interviews, Rose revealed that a small part of her motivation to beat Zhang Weili was because she believed that the Chinese fighter represented Communism. The Strawweight champion made these comments despite Weili not supporting communism openly.

She also went on to comment that ‘Better dead than red’ in the same interview. Following this interview, several fans criticized Thug Rose for her anti-communist comments. As a result, Magnum spoke about her feelings after Namajunas made these comments in a recent interview.

Keeping aside this pre-fight talk, one can expect this fight to be a blockbuster filled with violence. So comment below your predictions for this rematch.