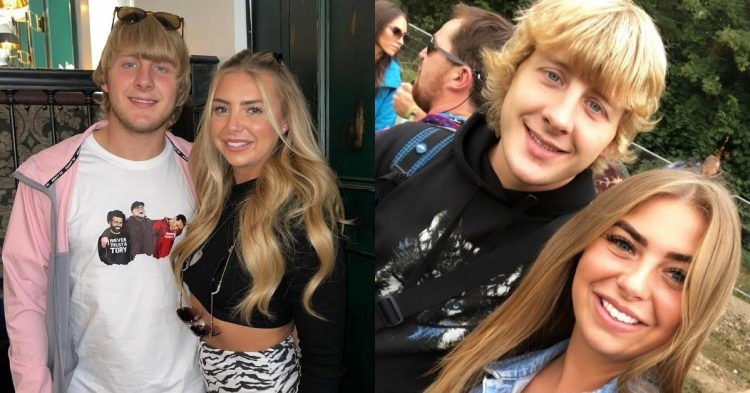 UFC lightweight contender Paddy Pimblett will be back in action this weekend against Jordan Leavitt in a three round bout on July 23rd in front of his home crowd in the O2 Arena in London, United Kingdom. The former cage warriors champion has taken the division by storm with his exceptional fighting skills and persona.

In a short span of time in the UFC, Paddy the Baddy has impressed fight fans around the world and has emerged into a top prospect of the lightweight division. With just few days left for his upcoming fight against Jordan Leavitt, Paddy sat down for an interview with BT Sport.

The 27 year old lightweight contender discussed several topics from his future plans in the UFC to his emotional side. During one of the segments of the interview, Paddy spoke about how he is not confident outside his MMA life and also shared a story of his nervousness when he first met his fiancee Laura Gregory.

“I’m not like that confident in other walks of life, I’m really not. Yeah I know I’ve been with her 11 years but when I first met me missus she threw the lips on me. That’s how like little confidence I have of myself in other things but when it comes to MMA like I just know I’m special. I was meant to do this, I was meant to get in a cage and fight lad.”

Paddy Pimblett is currently engaged to long-time girlfriend Laura Gregory after the former cage warriors champion proposed to her in 2020. The couple has been dating for over 11 years and shares a great relationship. Both Laura and Paddy share cute pictures on their Instagram profiles during their travels and vacation.

She is very supportive of Paddy’s career and a big example of that is Laura posting pictures of the UFC lightweight’s weigh-in before his fights on her Instagram feed. Just like Paddy, she was born and brought up in the United Kingdom. Laura Gregory also has a sibling named Craig Gregory.

However, there isn’t much available regarding his brother’s job or her personal life details because it appears like she does not want to post anything work related on her social media handles. Coming back to the relationship of Paddy and Laura, fans are eagerly waiting for the lightweight champion to get married to her teenage love and fiancee Laura Gregory.