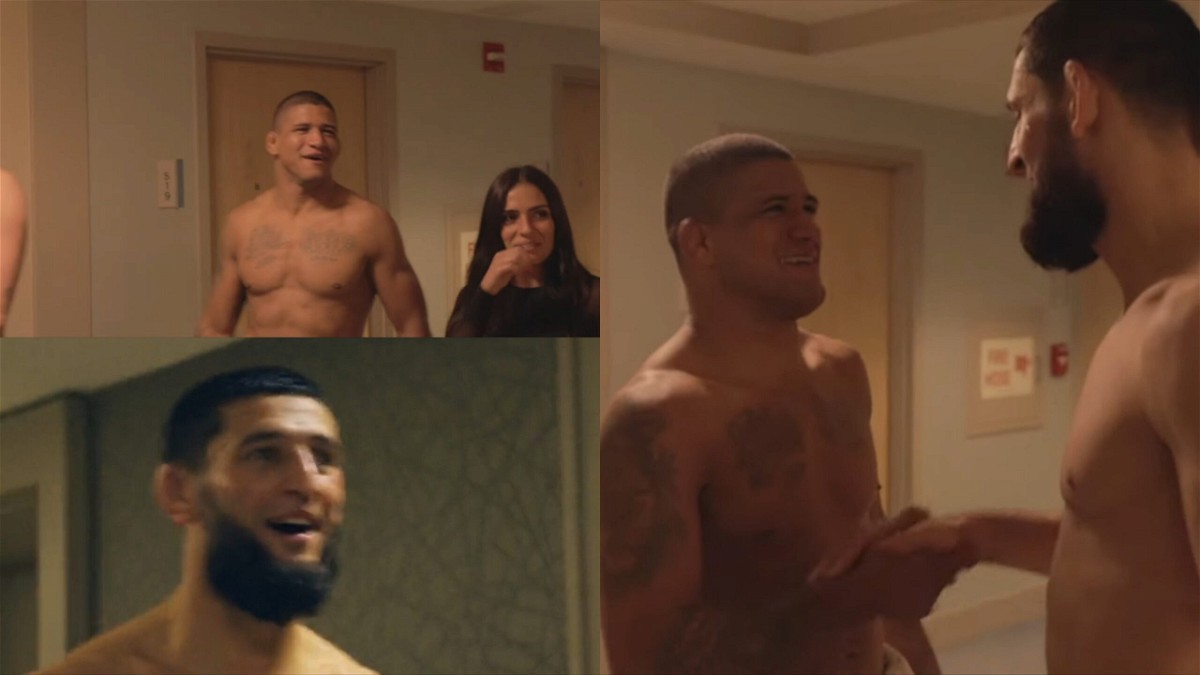 Khamzat Chimaev and Gilbert Burns run into each other ahead of their fight at UFC 273. The incident happened during a session in the sauna.

In the video, it seemed as if they are both in the process of cutting weight. It is normal for fighters to lose water weight during the fight week gradually to make their respective weight limits. During one such process yesterday, Khamzat Chimaev and Gilbert Burns happened to be at the same place.

Fighters who are about to step into the Octagon are not usually friendly toward each other. Khamzat Chimaev has certainly had a lot to say about Burns leading up to the fight. But he seemed to put aside the hostile energy as he walked up to Burns and shook his hand.

The Swedish fighter seemed to advise Burns to eat chocolates and bananas as he told Gilbert, “Show me power”. The 35-year old Brazilian retorted back by saying he will show the power of Saturday.

In the video, Khamzat Chimaev could be heard calling Gilbert Burns ‘small’. Burns is about 5’10 ft tall. Whereas Khamzat Chimaev is over 6’2. Hence, The Borz will have a big advantage during the exchanges. Chimaev already has a great deal of power behind his punches.

Hence, the fight has the potential to end in the most spectacular knockout possible. Burns will struggle to hit Khamzat who is already pretty hard to land on. Hence, the reach advantage will come in handy for Chimaev when the Brazilian lunges forward. However, Khamzat is extremely unpredictable in his approach. So he might decide to use the 10.2 cm reach superiority to take Burns down and try to submit him.

With the carrot of a championship opportunity dangling in front of them, both Chimaev and Burns will give it their all to secure the victory this Saturday. Will the hungry, young lion be able to claim the territory? Or does the old guard remain strong in the face of a new challenge? Fans will find out the answer in a matter of days.

What Is Kevin Durant’s Career-High in a Regular Season Game?