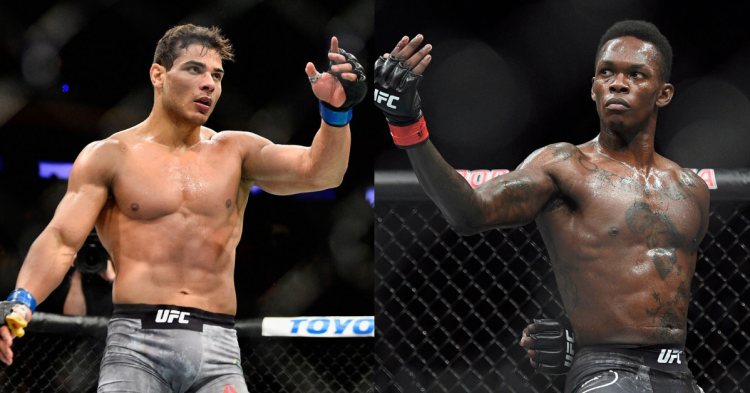 Israel Adesanya’s happiness after his emphatic win over undefeated Paulo Costa knows no bounds and the Middleweight Champion is leaving no chances at taking a dig at the Brazilian fighter. Paulo Costa was seen as the biggest threat to Israel Adesanya going into fight courtesy his knockout power. Dana White had stated multiple times in the lead-up that the bout had “Fight of the Year” written on top of it. However, when everything was said and done, it was Israel Adesanya securing a stoppage victory over one of the fiercest strikers in the history of MMA. Adesanya managed to do something even the likes of Yoel Romero, Uriah Hall, and Johnny Hendricks failed at, and with this stoppage victory, Adesanya etched his name in the Middleweight GOAT conversation.

In fighting at a high level, it’s the pretty ones you gotta watch out for.#johnnybravo 🕶 https://t.co/AL08UzXxzz

After a rather disrespectful celebration in the wake of his victory over Paulo Costa, Adesanya shared his thoughts on the criticism he has been receiving due to his trash talk and antics inside and outside of the octagon. 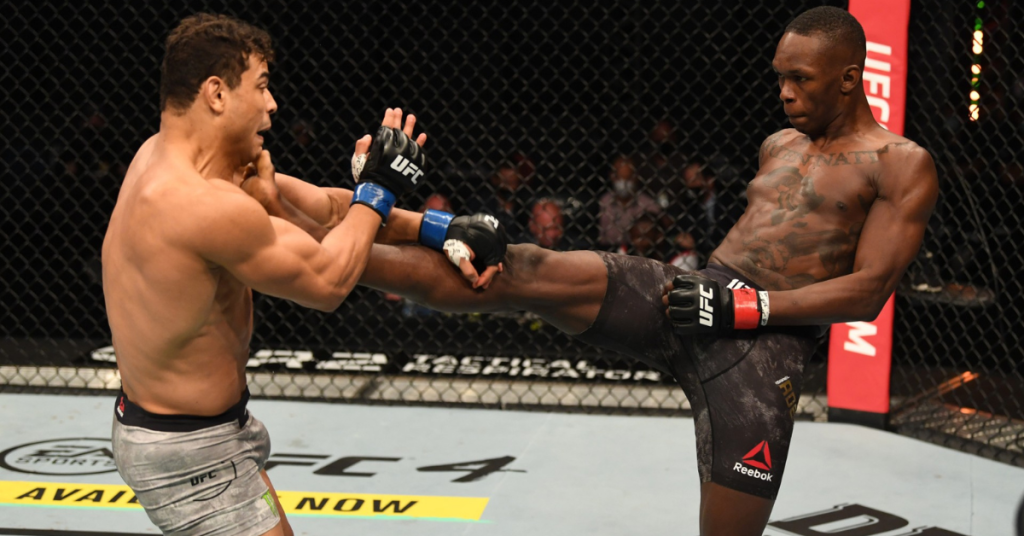 “I didn’t get punched once in the face. There was a fight from Roy Jones, where it was the only round of boxing history where the guy did not land a single punch. I let his land a few leg kicks and a few body-kicks so I could trap him but I didn’t get punched once in the face. Not once did I get punched, I don’t know if it’s a new record in MMA history or whatever, but it’s beautiful, especially against a guy like Paulo Costa.”

It was evident that Israel Adesanya has shut the doors on a potential rematch. Earlier, Paulo Costa had requested a rematch, stating that something happened before the fight leading to his poor performance against Israel Adesanya.

Ariel Helwani: "Have you ever taken steroids?"
Israel Adesanya: "F— no. F— no."@stylebender did not mince words on the topic of PEDs (via @arielhelwani) pic.twitter.com/mWdUEXGpSB

“He’s a cyberbully, saying all that s**t when he knows what’s gonna happen,” Adesanya said. Adesanya ridiculed Costa after his video went viral. The Middleweight Champion mimicked Costa who stated that he is more serious now and wants a rematch for the UFC gold.