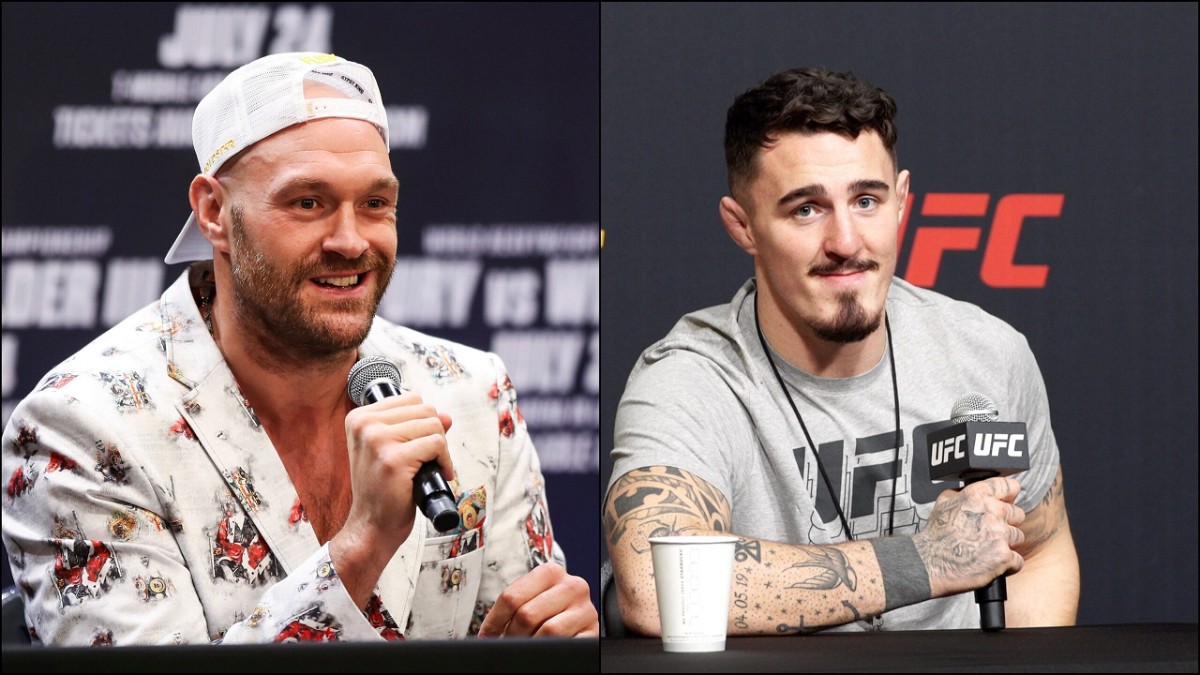 The WBC and The Ring Magazine World Heavyweight champion Tyson Fury has given a shout out to UFC heavyweight fighter Tom Aspinall.

Tom Aspinall was a part of Tyson Fury’s team for a period of almost 2 years. According to Aspinall, Tyson Fury had a major impact on his career. Fury’s calm and less intense approach towards training camps made Tom more comfortable with his workouts. The 28-year old thanked Fury for that in a previous interview.

Tom Aspinall will be fighting Alexander Volkov this Saturday. UFC’s big return to UK soil will be headlined by the aforementioned fight. Ahead of the first main event spot of Tom’s career, Tyson Fury has sent out a message in support.

“Hey, Tyson Fury here. I just want to wish my buddy Tom Aspinall all the best in his upcoming UFC heavyweight fight. Good luck Tom. Do the business, smash his face in. Get up there my boy, all the way to the motherf***ing Bank man. Do it!”

Saturday’s contest will be the first time for Tom Aspinall in a 5 round UFC fight. On the other hand, Alexander Volkov has plenty of experience in that field. It will be his 11th UFC fight and 5 of them came in the main event.

Volkov has been notoriously hard to finish. Among all 4 of his UFC losses, only Derrick Lewis was able to knock out the Russian at UFC 229. His long limbs and height make him very hard to hit. Even a dominant wrestler such as Curtis Blaydes had a hard time with Volkov.

Hence, it will probably be the toughest test of Tom Aspinall’s career so far. Although he hasn’t had much adversity in his first 4 UFC fights, he will have to be at his best to get a victory against Volkov. Aspinall will have to utilize his wrestling in order to neutralize the threat of the Russian’s heavy leg kicks.

Tom Aspinall also has a lot of power behind his punches. Hence, threatening with takedown may also open the opportunities for him to land big shots on Volkov. Although Aspinall has more tools in his display, Alexander Volkov is also an elite fighter. It will be interesting to see who’s game plan is more successful on Saturday.