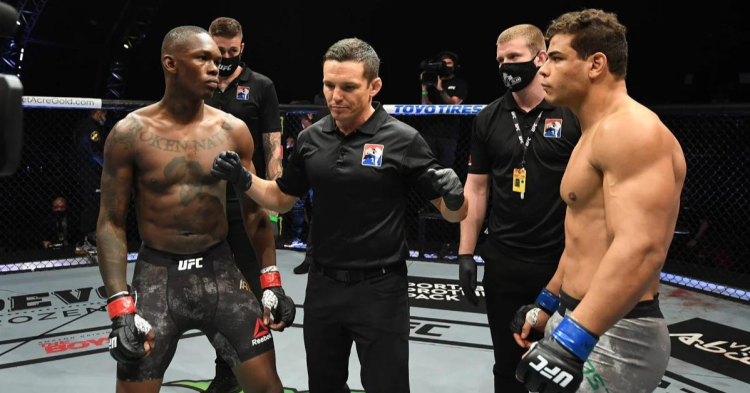 Paulo Costa had the worst night of his professional fighting career when he stepped into the octagon to face Israel Adesanya. What was advertised as the best fight of the year ended up being a dominating performance from Israel Adesanya.

Paulo Costa recently addressed Adesanya disrespecting him after the knockout. Costa seemed furious with the champion and he demanded an immediate rematch for the title. He also revealed that something happened before the fight due to which he was not at his 100%. Costa stated:

“I come here to talk about the action the human trash did – the human trash did – after our fight,” Costa said. “I didn’t see when I was down in the cage, but I saw now. I disapprove 100 percent. To me, this is not done now. Nobody will stop me. Nobody can stop me. I am (coming) for you Adesanya. I want my rematch – and you know I’m waiting for you. Something happened before the fight,” Costa said. “I’m not (making) an excuse here to my people and my fans. I’ll be 100 percent to fight and make him pay. That’s my words. Save my words.”

Can Paulo Costa change the outcome in the rematch against Israel Adesanya?

Israel Adesanya did everything right in the octagon. He shut down the offense of Paulo Costa and picked him apart. However, fans were confused with the gameplan of Paulo Costa.

Paulo Costa, who was known for putting an incredible pace on his opponents and throw an insane amount of strikes just stood there in front of Adesanya. It seemed he was either too cautious of getting countered by Adesanya or he just could not get the offense going because of the early keg kicks Adesanya landed in the fight. 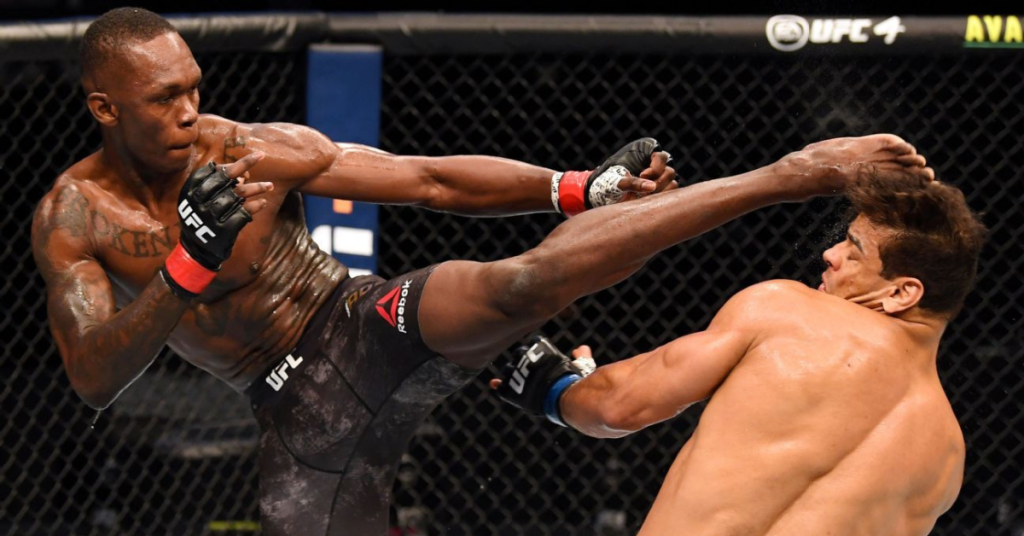 Now saying that the rematch between the two would play out any different would be a hard sell. Paulo Costa might get more success in the rematch if he moves forward and tries to engage with Adesanya more. But, most of the fans are not going to bet on Costa again.

However, Costa did have a chance against Adesanya. And he will have a chance against him in the rematch as long as he fights like he always does. He needs to get into the striking range with Adesanya and make it a phone booth battle. Now Adesanya is not going to be there to be hit. However, the constant pressure of Costa will be the key to success for Costa against Adesanya.