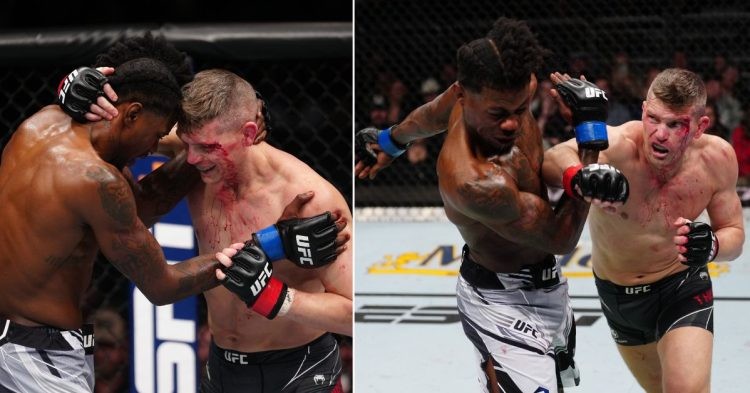 Stephen Thompson jumped back to the winning column with a spectacular win over Kevin Holland at UFC Orlando. The 39-year-old veteran did not look anything less than what we have known him as, one of the finest strikers in the world of mixed martial arts. Meanwhile, Holland earned huge praise from fans around the world for his show of toughness, despite a broken hand.

The former UFC title challenger secured his first win inside the UFC since Decemeber 2020, having lost each of his last two fights in a dominant fashion against Gilbert Burns and Belal Muhammad respectively.

Back in the winning column, it’s safe to say Thompson will look to gain his momentum back in possibly his last run for the UFC title. Here are some options for Stephen Thompson’s next fight.

Thompson and Masvidal have shared the UFC Octagon in the past with Wonderboy picking up a unanimous decision win over Gamebred. The dup shared the cage back on November 2017, shortly after Gamebred announced an extended hiatus from the sport, only to return with a vicious KO win over Darren Til and the rest is history. Jorge Masvidal is widely regarded as one of the most popular names in the world of mixed martial arts.

Masvidal hasn’t fought since March 2022 when he took on archrival Colby Covington in a UFC headliner back at UFC 272. Gamebred is on a three-fight losing skid and a match-up against Stephen Thompson is not only winnable but a stylistic match-up for both the fighters. Masvidal has expressed his interest in fighting on the London card next year, and a fight against Thompson could well be it!

Conor McGregor has also emerged as an exciting option for Stephen Thompson, who expressed his interest in fighting the Notorious during the post-fight interview at UFC Orlando. “A 100%, I will love that fight, I think it would be an awesome fight. Let’s make it happen!” Thompson said. McGregor has also confirmed that he is looking to return to the UFC’s welterweight division and only time will tell if he will be up for a challenge against the Wonderboy.