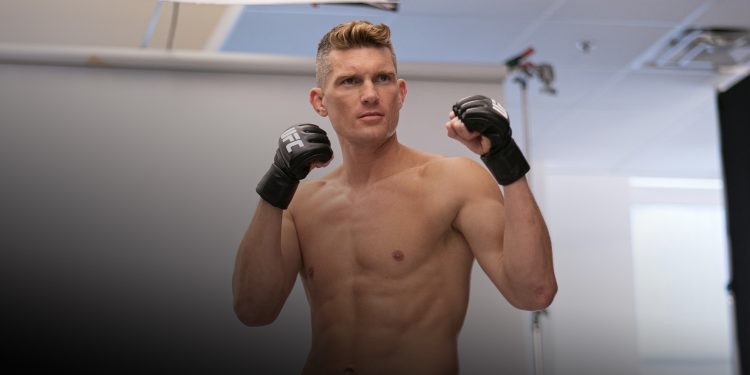 Stephen Thompson is a former UFC Welterweight Contender who is trying to work his way up to the top of the division again. Wonderboy is undoubtedly one of the best fighters in the Welterweight Division. He is also among the few elite fighters who are well known for their striking in the promotion. He will now face Gilbert Burns in the co-main event at UFC 264 on 10th July. A win over the Brazilian will put him into a good spot to earn a title shot for the third time in his career.

Over the years Stephen Thompson has defeated some big names like Robert Whittaker, Jorge Masvidal, and Rory MacDonald. However, the only thing that eludes from his list of achievements is the Welterweight title. Although he had two chances to win the title against Tyron Woodley. The first time Thompson faced Woodley was at UFC 205. Both the fighters gave their best in a nail-biting encounter. But this match ended in a majority draw in favor of Tyron Woodley.

Stephen Thompson failed to win the title but earned an incredible amount of money from the first fight. Wonderboy earned $380,000 for just stepping in the octagon whereas he earned a $50,000 fight of the night bonus and $30,000 from Reebok’s sponsorship. In total Thompson earned a whopping $460,000.

Also read: “He Is Getting Gassed Out by School Teachers”- Colby Covington Trolls Tyron Woodley

How much money did Stephen Thompson earn from his rematch against Tyron Woodley?

After their first faceoff ended as a majority draw. Stephen Thompson got another opportunity to redeem himself when he faced Tyron Woodley at UFC 209. This was his second chance to win the title in the UFC. A win would have changed his entire career but he ended up losing against Woodley via decision at UFC 209. Many people including UFC president Dana White believed that Wonderboy should have won that fight. But unfortunately, according to the referees, Thompson did not do enough to win the fight.

Despite this defeat, Stephen Thompson made a substantial amount of money from this fight. He earned a total amount of $410,000 including the sponsor bonus which was around $30,000. This was his second-biggest payday in the UFC. He earned his highest paycheck in the first fight against Tyron Woodley at UFC 205.

Nonetheless, Stephen Thompson is a big name in the promotion and will hope to earn a title shot in the near future. His fans will also be rooting for him when he faces off against Gilbert Burns at UFC 264.

Also read: “Is That All You Got” – Stephen Thompson Fires Back at Colby Covington