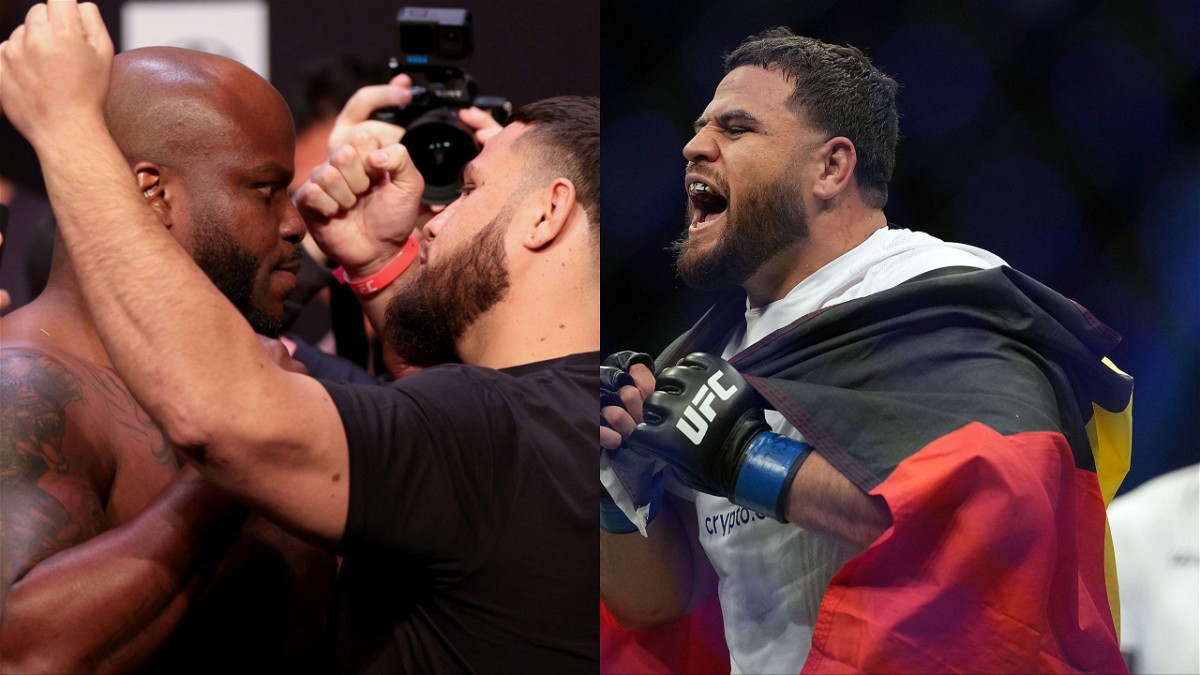 Tai Tuivasa knocks out Derrick Lewis at UFC 271! The fight was a significant one for the heavyweight division. Derrick Lewis was ranked no. 3 coming into the contest. Hence a win over Lewis would have allowed Tuivasa to make himself a potential title contender. And Tai has done just that.

However, the bout did not start out in favour of the Aussie. Derrick Lewis was not willing to exchange wild punches early in the fight. He engaged Tai into a clinch very early in the first round. The hometown fighter found further success as he hit an inside trip to take down Tuivasa.

However, it did not demoralize the no. 11 ranked heavyweight in the UFC. The second round started off the way fans expected it to. Derrick Lewis started swinging wild punches. One of those found home as ‘Bam Bam’ was hurt early in the round. Derrick sensed an opportunity to finish the fight then and there. He rushed in and cornered his opponent. But it did not have the desired result.

Tai Tuivasa started to let his hands go as well. There was a brief sequence where both fighters just stood on their ground and started swinging for the fences. But unlike the first round, it was Tuivasa who connected with a big shot. It backed Derrick Lewis into a corner.

Lewis was unable to recover from the blow as he seemed concussed. As a result, Tuivasa found some room and nailed Lewis with a massive elbow. The blow was so devastating that it stunned Derrick for a few moments. Tai followed it up with a few more punches and made Lewis faceplant inside the octagon.

Although the 28-year old will have to wait a while for his chance to fight for the heavyweight belt, he has certainly stamped his authority in the division. Tuivasa has knocked out the heavyweight fighter with the most amount of knockout in the division. It may not result in a title fight due to the injury to Francis Ngannou, Tuivasa has certainly put himself in a prime position for a big fight.